When are the elites going to start talking about reality? Obama’s Spying On The Press Was Far More Extensive Than Previously Thought: Obama acted more like a dictator than a President, spying on and persecuting perceived political adversaries. 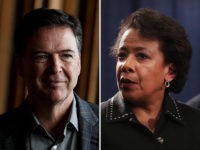 FEAR IN THE HEADLIGHTS

“Bucket Five” will reveal rampant corruption on their part. They all helped bring about an illegal FISA warrant that allowed them to spy on Trump and his campaign. It wasn’t ‘surveillance.’ It was spying in order to dredge up any kind of illegality that will allow Trump to be impeached if elected. Bucket 5 is the first phase of declassification and is said to include FBI documents that will exonerate Trump campaign officials George Papadopoulos and Carter Page. President Trump has played them all like so many violins and cellos. Now they have to face the music of justice. Not just the corrupted security agency players, but also the Democrats themselves.

Adam Schiff, for example. His eyes are as big as saucers now as he realizes his own self-made predicament. He condemned Barr for not releasing the full Mueller Report. He accused Trump of ‘obstruction.’ However, those few Mueller report redactions were in place to protect the process. It would have been illegal for Barr to release the full version. In a quick turnabout of principles, Schiff does NOT want full release of documents that will prove the Democrats’ duplicity. Schiff is the very face of the Democrats’ blatant and nauseating hypocrisy.

Clapper, Comey and Brennan all belong in prison. Many more need to answer for their criminal deeds—including Hillary Clinton. Nobody is above the law and all roads lead to crimes committed by Obama.

One thought on “Fear in the Headlights”