From Sri Lanka to Indonesia, more mothers are becoming suicide bombers – and killing their children too “… [female suicide bombers] believe protecting their children means protecting them from turning into infidels when they are gone,”

“In their twisted belief, they are convinced their children will also enter into heaven if they die with them [or] carry out the same act [of suicide bombing].”

“Militant group” is another weaselword for Mohammedan raiders. The two French special forces soldiers Cedric de Pierrepont and Alain Bertoncello who were killed in a night-time rescue of four foreign hostages including two French citizens in Burkina Fasso are seen in an undated photo released by French Army, May 10, 2019.  via REUTERS

Talking Points Memo has wrongly accused Matt Wolking, a staffer on President Donald Trump’s political campaign, of being “anti-Muslim”. This is yet another demonstration of a continued pattern of attack against those who call out obvious truths and worst, a twisting of their words .

TPM accuses Wolking of describing Muslims as “murderous thugs,” which stems from a post he wrote arguing that a poll showing that seven percent of Muslims supported the 9/11 attacks was alarming and not defensible.

9-11 jihadists, along with those who supported them “completely” are indeed “murderous thugs” who have declared war on Americans in the name of Islam. This certainly does not mean that Wolking described all Muslims as “murderous thugs” as stated by Talking Points Memo.

This Talking Points Memo headline is a lie. In 2008, Gallup published a survey about the world’s 1.3 billion Muslims. Gallup reported that 7% of respondents said the 9/11 attacks were “completely” justified. If you condone the 9/11 attacks, what other description is there?

To understand the significance of that poll, 7% of 1.3 billion Muslims equals 91,000,000. Therefore 91 million Muslims believe that the 9-11 attack on innocents was “completely” justified. That number is two-and-a-half times the population of Canada. It is an alarming statistic. 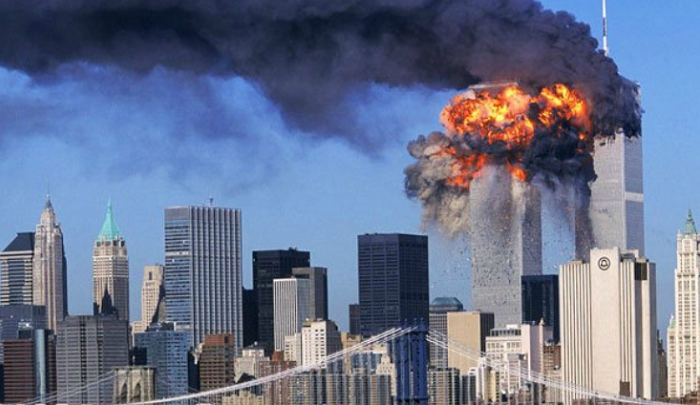