“Populist”- the dumbest word ever invented. Invented by a globalist elite that believes the people shouldn’t have a voice and don’t know what’s good for them. Salvini is a hero. Wish we could clone the guy. 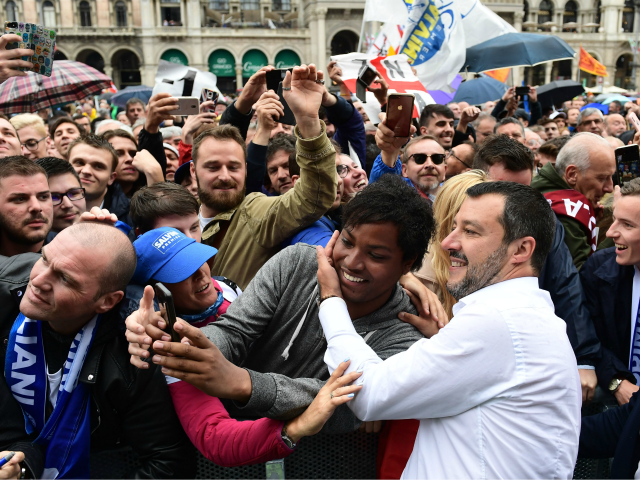 Salvini, the head of Italy’s right-wing League party, has positioned himself at the forefront of a growing movement of nationalist leaders seeking to free the European Union’s 28 nations from what he called Brussels’ “illegal occupation.”

He pledged to close Europe’s borders to migrants if the League wins not just the most votes of any party in Italy, but also of Europe.

Marine Le Pen is joining leaders of other nationalist parties Saturday in Italy for a rally organised by League leader Matteo Salvini in front of Milan’s Duomo cathedral ahead of the May 23-26 European Parliamentary elections.

“Migrant Crisis” = another euphemism for population replacement, to distract from the treason committed by the ruling socialists who are in the process to cheat native Swedes out of their birthright. 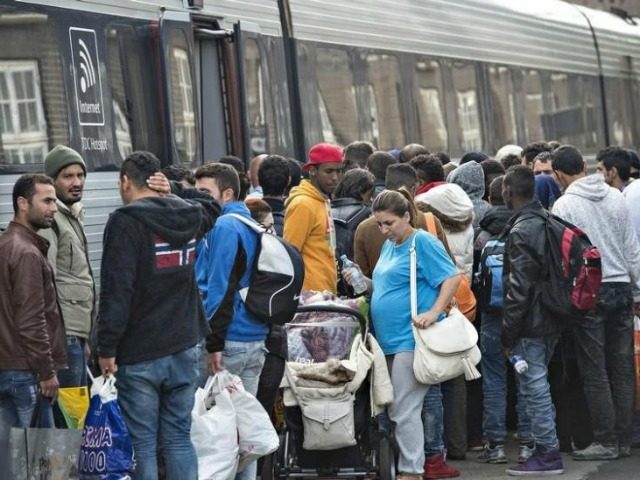 The chairman of SKL, which represents Sweden’s municipalities and county councils, has warned the country could be facing a new migrant crisis due to so-called “family reunifications” — chain migration — saying the influx could rival 2015.

Anders Knape warned that the Swedish municipalities may not be able to handle the costs of so many new migrants taking residency in Sweden as part of the family reunification programme, and, according to a report in the newspaper Aftonbladet, said, “[Sweden is] facing the second wave of refugee reception, the family migration. As we don’t know how big it gets. It can be extremely powerful and mean that we are approaching the figures we experienced in 2015 and 2016.”

3 thoughts on “Salvini to ‘Free Europe From Occupation’”