It would be far better if the church abandoned him. 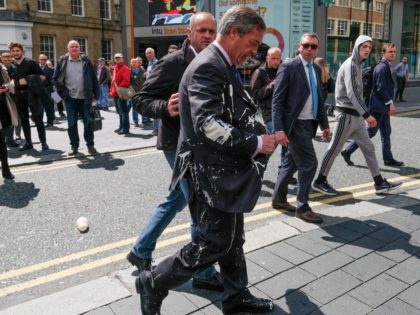 May Out After ‘Betrayal of 17.4m People’ 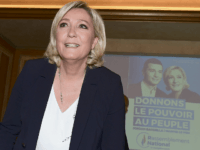 An existential risk to  globalist rule in Eurabia, of course.

They all profit from it. Shameless. “Scaltritti claimed that the amounts per migrant per day they charge for drug addicts was 75 euros a day, 130 euros a day for minor migrants, and up to 250 euros for migrants with mental health issues.”

How much for a one-way ticket back to where they belong? 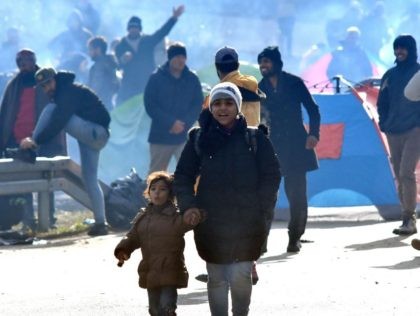 At a forum discussion titled “Europe and migration: Where do we draw the border,” a panel of what were described as politically independent representatives from “established and respected international human rights organisations” concluded that the bloc must dismantle all immigration controls in order to respect the “rights” of illegal immigrants.

Organised by the Centre for Peace Studies (CMS) in Zagreb, panelists from the Croatian NGO, Amnesty International, and Human Rights Watch (HRW) — all of which are fundedby Soros’s grantmaking foundation — as well as the European Council on Refugees and Exiles, spoke on ‘the current state of migration policy’ in Europe and on changes open borders NGOs ‘expect’ from EU decision makers, reported local media.

Representatives from the CMS, which is funded by European taxpayers through the European Commission and the EU Agency for Fundamental Rights, said they were hoping to see Brussels bring an end to “violent” protection of the Croatian border.

Last year Breitbart London highlighted how open borders activists from the CMS’s ‘Welcome’ initiative had been threatening Croatian police officers over their defending the border in the face of attacks from third world migrants, the majority of whom were equipped with knives, according to Austrian intelligence.

The group demanded officers either refuse to carry out orders related to securing the country’s frontiers or else face increasing pressure from foreign NGOs, and the subsequent scrutiny that would follow from global media outlets and the so-called international community.

Brussels must also offer “safe and legal [migration] routes” for anyone “seeking security in the EU”, to restrict the powers of immigration control agencies in Europe and to establish “an independent mechanism to control conduct on borders”, said Julija Kranjec of the CMS.

Authorities near the Bosnia-Croatia border have increasingly struggled to cope with “militant behaviour” and violence following the arrival of thousands of asylum seekers, 80 to 85 per cent of whom are “economic migrants and not people who need international protection”, a UN Migration Agency/International Organization for Migration (IOM) spokesman said in December.

At the same time, Brussels announced it would be spending an additional €500,000 of taxpayers’ money on “humanitarian assistance” to the third world migrants camping in the Balkans, hoping to break into the EU, having already spent €31 million on migration-related projects in the region since 2015.

One thought on “Soros Groups Lobby EUSSR to abolish all borders”