President Trump and Queen Elizabeth II spoke at a banquet during the president’s state visit to the UK. Meanwhile, 10,000 police were deployed on the streets of London to keep order as crowds of leftists and Muslims demonstrated against Mr. Trump.

UK: Video of London’s Muslim Mayor Defending Hate Preacher Louis Farraklown Resurfaces After Saying London Will be “On Wrong Side of History” For Welcoming “Fascist” Trump

The first caravan of African migrants arrived at the U.S. border on May 31, spotlighting the risk that millions of Asians and Africans will follow the Central Americans’ catch-and-release pathway into the U.S. labor market.

Officials need to detain and deport the African caravan or else many more will follow them to the United States, warned Jessica Vaughan, the policy director at the Center for Immigration Studies.

due to continuing refugee placements as well as chain migration there are an estimated 80,000 Somalis living in the Twin Cities metro area, or more like 79,000 if you subtract those who’ve left the country to join terrorist organizations like ISIS.

Only the worst of the worst get deported, and those come right back again because politicians don’t want the border defended. These politicians, and the media propaganda apparatus that enables them, are complicit in each crime illegal aliens commit. 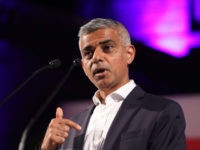 The stupid is strong in NPR