Peterson also said that Islam is not compatible with democracy and the issue is not “allowed to be discussed”, a message which been repeatedly expressed by Jihad Watch.

The Justin Trudeau government continues its campaign–heavily advised by the National Council of Canadian Muslims (formerly CAIR-CAN)– to “crackdown” on free speech in efforts to battle “Islamophobia“, which includes an expensive follow-up to anti-Islamophobia motion M-103. This Justice and Human Rights Commons committee hearing is an extension of M-103 by all indicators.

Just in case you had any doubts:

Meanwhile, outside of Government efforts remains (for now) the freedom of the people.

In a statement highlighting the nonsensical “Islamophobia” subterfuge, Peterson “recently faced criticism for posing in a picture with a man wearing a T-shirt with the text ‘I’m a proud Islamophobe’, an incident that cost him a fellowship at Cambridge University.”

“Islamophobia” is a term which has no place in any democracy. It is propelled by Organization of Islamic Cooperation initiatives to subvert democracies. Those who force the “Islamophobia” agenda are adamant that the word not be replaced with “anti-Muslim bigotry“, the latter of which would put Muslims on equal ground as any other faith or group. Islamic supremacists seek special treatment and they do it by wielding an invented victimology narrative, all the while covering up the gross abuses committed in the name of Islam globally.

The term “islamophobia” was defined by the National Council of Canadian Muslims as “fear, prejudice, hatred or dislike directed against Islam or Muslims, or towards Islamic politics or culture.”

Canadian citizens are now being subjected to a government hearing in which some questionable “witnesses” giving so-called “evidence” weigh in to influence the direction of rights and freedoms in Canada. These witnesses impact: what should be said, how it should be said and by whom. These government-selected “expert” witnesses (of which not all are “questionable”) decide for all Canadians on matters which pertain to Canada’s Constitution.

In addition to standing up for Canada’s Judeo-Christian democracy, I personally thank Dr. Jordan Peterson for standing up (among the many others) for me when I faced Liberal government scrutiny for writing and speaking about Islamic supremacist and jihad abuse globally… 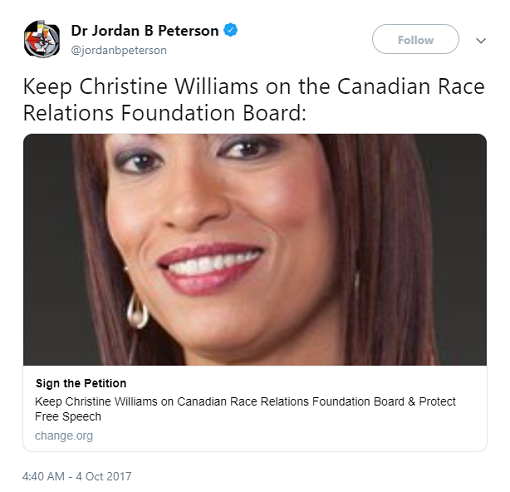 I was subsequently fired by the Liberal government from my position as a director with the Canadian Race Relations Foundation (CRRF); a subject that was raised again during this current House of Commons committee hearing on “Justice and Human Rights“. It was raised by ‘witness’, Jasmin Zine, who has “a long record of “Islamophobia” propagandizing”, as Robert Spencer wrote HERE. It is worthwhile to note that the CRRF operates from the Department of Heritage, that same department under which M-103 emerged.

The blame for the ongoing failure to uphold democratic rights and freedoms in Canada (and elsewhere) lies with those who are themselves phobic about being deemed to be ‘racist’ and/or ‘Islamophobic’.  Some populations however are waking up to truth.

A YouGov survey showed in January that nearly half of French and Germans have a perceived clash between Islam and the values of their society; similar attitudes toward Islam were shown to be held by over one-third of Britons and Americans. Moreover, according to the poll, a higher number of Western respondents tend to be particularly critical of Islam, versus other religions such as Judaism, Buddhism, and Christianity.

Hence the rise of the populist movement and the need for real experts who protect the tenets of Judeo-Christian democracy as opposed to the Sharia. 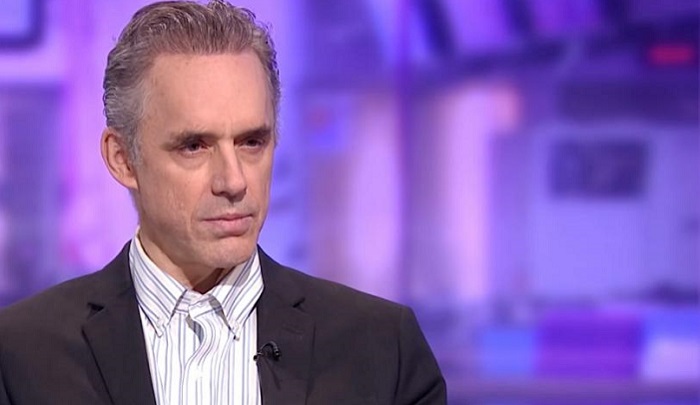 Both the Hungarian prime minister and Canadian academic are known to be staunch opponents of the uncontrolled illegal migration that has been pouring into the EU since 2015.

Hungarian Prime Minister Viktor Orban met with Canadian University Professor Jordan Peterson, who was attending the Brain Bar Festival in Budapest, on 30 May to discuss an array of topics. Namely, the two discussed the acute issue of illegal immigration, agreeing that it is both “unnecessary and dangerous”, Hungary today reported, citing Orban’s Assistant Under-Secretary Havasi Bertalan.

Canadian clinical psychologist Jordan Peterson first shot to fame after refusing to use special pronouns for transgender people, but later became known as a professor with views often at odds with the mainstream, especially when it comes to free speech. He is renowned as a steadfast critic of political correctness, hard-line feminism, Marxism, and post-modernist narratives.

He recently faced criticism for posing in a picture with a man wearing a T-shirt with the text “I’m a proud Islamophobe”….