She has powerful backers.  George Soros already sent one of his top charges, Merkel ‘migration advisor’ Gerald Knaus, to assist.  She can also rely on $$$$ from German Moonbats who can’t wait to be replaced by Mohammedan savages. 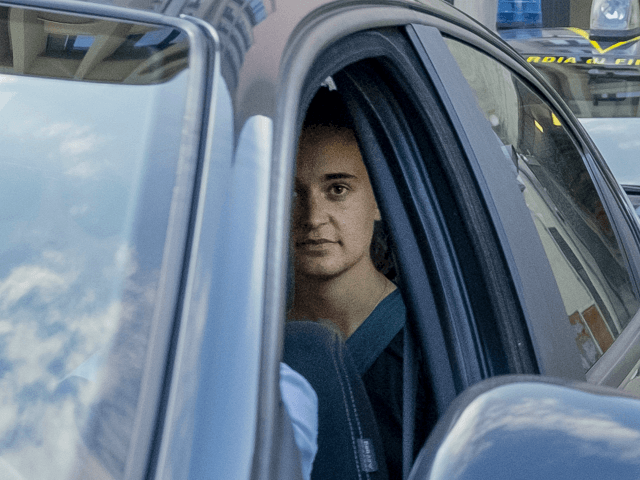 Migrant transport NGO captain Carola Rackete has announced she will be filing a lawsuit against Italian interior minister Matteo Salvini over insults from the populist party leader.

The defamation suit was announced by Rackete’s lawyer Alessandro Gamberini, who told Italian media, “We have prepared the legal complaint against minister Salvini,” adding, “it’s not easy to make a complete list of all the insults Salvini has made these last weeks,” Kronen Zeitung reports.

Responding to the 31-year-old lawyer, Mr Salvini took to social media, writing, “She breaks laws and attacks Italian military vessels, and then she sues me. I’m not afraid of the Mafia, let alone a rich and spoiled communist!”

Rackete was initially arrested last weekend after storming into Italian territorial waters and ramming a patrol vessel to land migrants in Italian territory. Only days later, the German national was released from custody, but she still faces charges.

The Spanish maritime rescue service rescued almost 300 migrants off the coast of Spain, three of whom had put to sea in a kayak. Meanwhile, the British Border Force intercepted a boat carrying eleven migrants in the English Channel off the coast of Kent. This could be a game-changer in Italian interior minister Matteo Salvini’s war on migrant transport NGOs.

Despite risking serious prison time for her actions, Rakcete has seen a surge in support from leftists across Europe who have raised over a million euros in support.

One campaign, backed by left-wing German comedian Jan Boehmermann, who gained international attention for nearly being prosecuted for an insulting poem about Turkish president Recep Tayyip Erdogan, took in 620,000 euros only a few days after Rackete’s arrest.

The actions of Rackete have inspired other migrant rescue NGOs including the Italy-based Mediterranea Saving Humans, who say they have collected 54 migrants off the coast of Libya this week and are looking to bring them to Italy.

According to statements from the NGO their vessel, the Alex, arrived shortly before the Libyan coast guard, stating, “We have saved 54 people at sea, thankfully before the initiation of the Libyan Coast Guard patrol boat, which ordered a halt.”

The vessel Alan Kurdi, operated by the German NGO Sea-Eye, picked up another 65 migrants on Friday, 37 miles from the Libyan coast. The Italian Interior Ministry warned that the ship would not be welcome in Italian waters, ordering the NGO to go to Tunisia or Germany instead.

According to a wire report from today, the Italian NGO Mediterranea’s ship, the Alex, has docked at Lampedusa in violation of strict guidance from the Italian government to not do so. The ship is now impounded. Expect the captain of the Alex, along with that of the Sea Watch-3, to be prosecuted in Italian courts and both vessels disposed of per the decision of the Italian government.