Seriously? Is this for real?

I guess he must be a “racist-bigot-islamophobe”. Or could it be that he knows something that our political traitor class denies? 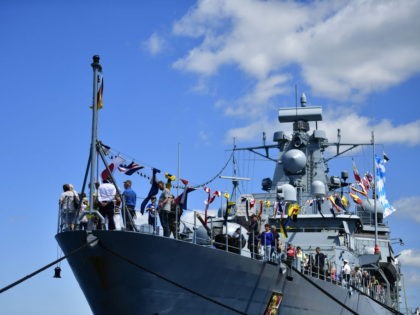 NATO ‘Ally’ Germany Won’t Back U.S. in Gulf to Avoid War with Iran

Merkel’s Germany is becoming very much like former East Germany… Omar not only hates America but she flipped us off by being sworn in on the largest Koran she could find. She should be deported back to Somalia.

This fool is being ‘educated’ by a gold-digging skank.

The rate at which trans females are dominating women’s sports is the greatest coincidence in human history.

Is that what you call a “Black Hole?”

A new audit of how the city manages millions of dollars in state and federal grants has come to the same conclusion that previous examinations have: Grant money coming into government coffers is not balancing out with what city agencies are spending.

One possible result, Askew said: “The city could lose its much-needed [grant] funding.”

The city should not be getting any funding until responsible people can be found to manage the money.