By CHRIS PLEASANCE FOR MAILONLINE

Thousands of young Palestinians showed off their newly-acquired military skills in Gaza City on Thursday as they graduated from a summer camp run by terror group Palestinian Islamic Jihad.

Every year, tens of thousands of youths – from children to teenagers – take part in camps run by the PIJ across Gaza which include activities such as military drills and shooting practice.

The PIJ also provides the youngsters with ‘religious education’ into the group’s extreme Islamist philosophy, which preaches the destruction of Israel and the establishment of an autonomous Palestinian state on the lands it currently occupies. 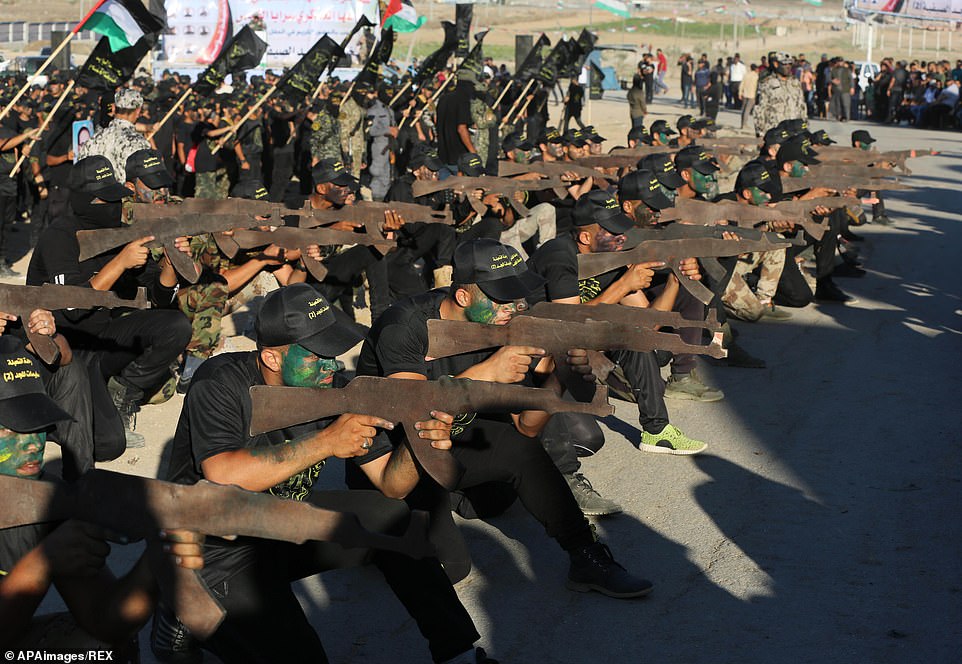 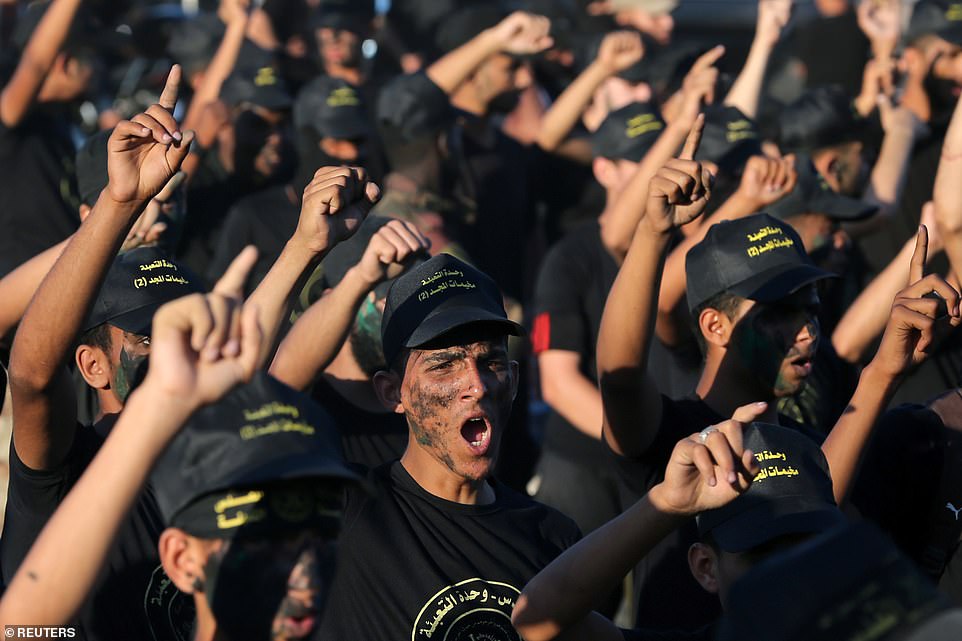 The PIJ – a terror organisation that preaches the destruction of Israel and establishment of an Islamic Palestinian state on the land it now occupies – is one of the three largest groups to run summer camps in Gaza (pictured, graduates at a ceremony in Gaza City on Thursday) 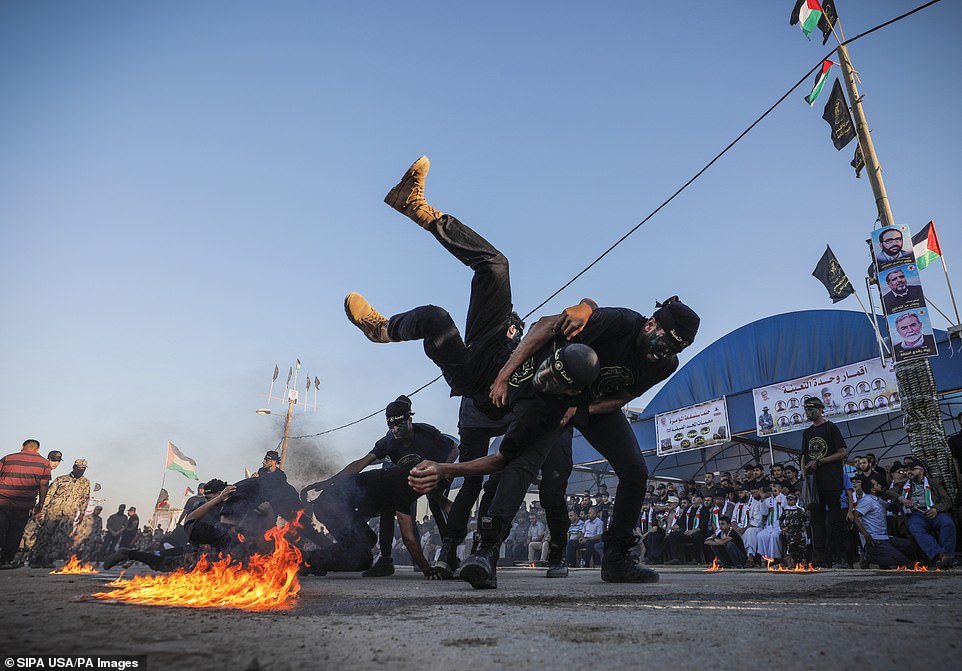 While graduates showing off their skills on Thursday (pictured) were teenagers, children as young as 12 are allowed to take part in the experience which typically lasts two weeks 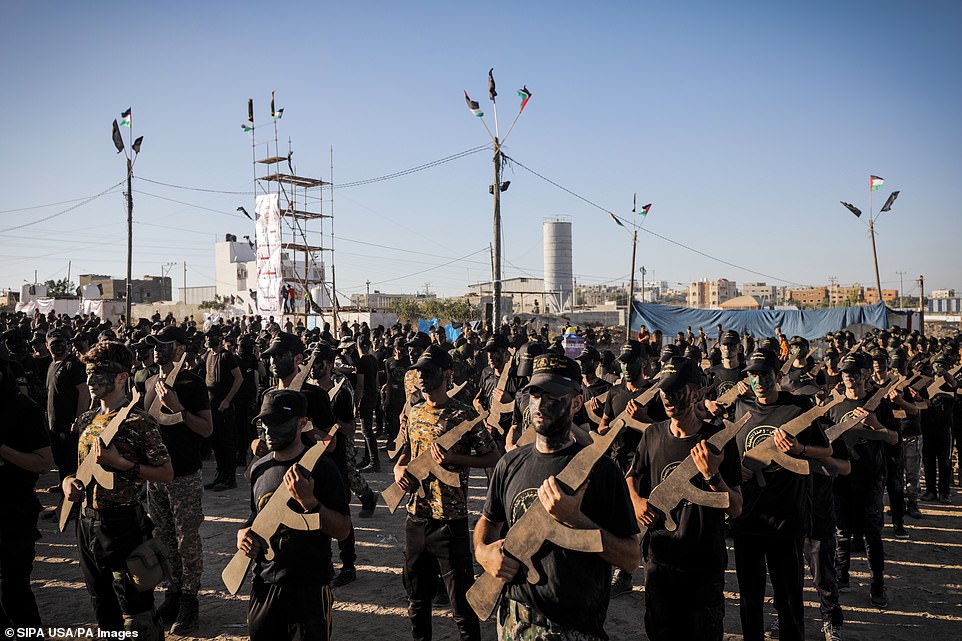 The PIJ runs two kinds of camp – one purely military and another that includes a mixture of activities. The military camp features drills with wooden weapons (pictured), including how to capture Israeli troops 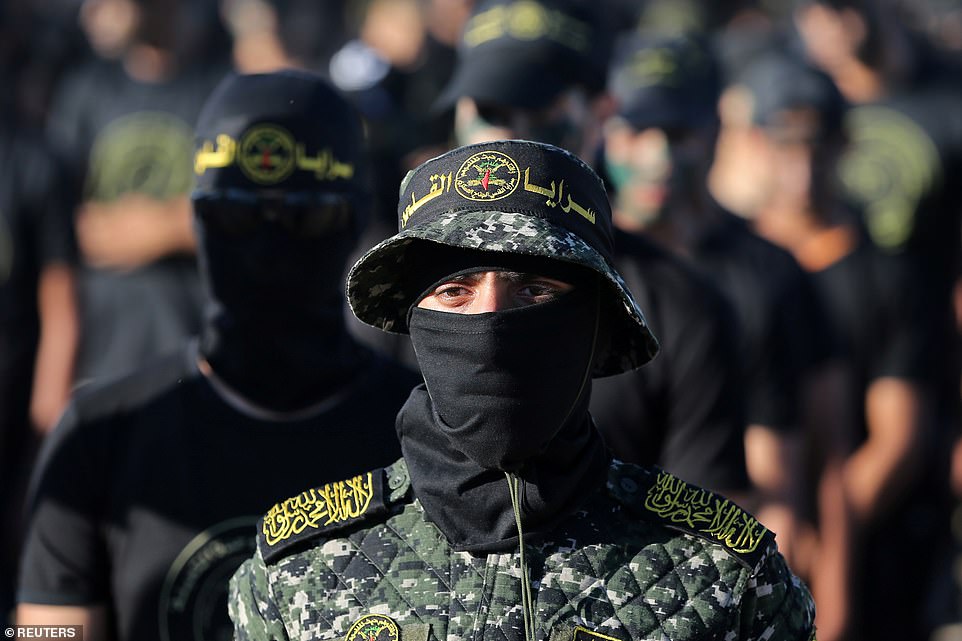 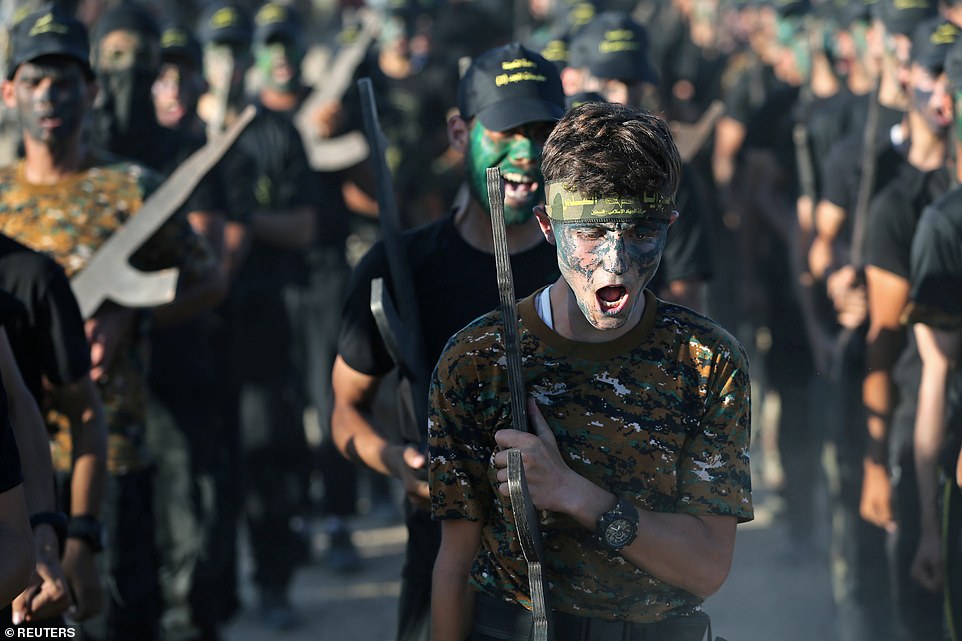 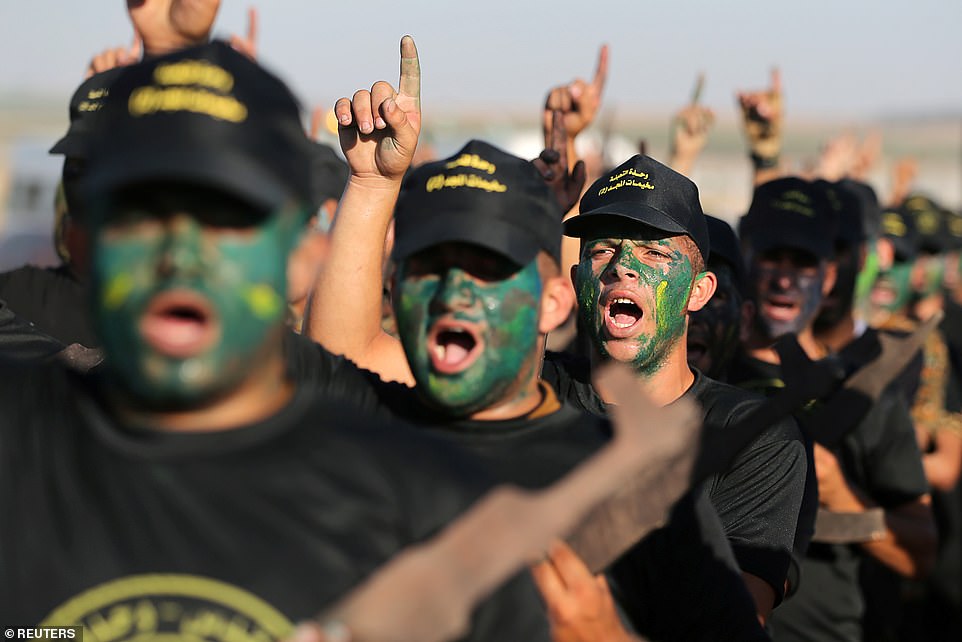 Camp graduates give a one-finger salute, a reference to the ‘oneness of God’ and fundamentalist Islamic teachings

At the graduation ceremony in Gaza City on Thursday, young men posed with wooden cut-outs of AK-47 rifles, pulled off feats of strength such as building a human tower and judo-style wrestling, and gave one-fingered salutes a reference to the ‘oneness of God’ and fundamentalist Islamic teachings.