Job on the line for Muslim convert prison psychologist

Don’t come to work: Job on the line for Muslim convert prison psychologist after she failed to tell her new boss she was struck off after love affairs with TWO convicted rapists

Their crimes – brutal group rapes and assaults on several women and teenage girls in the city’s west – were described by a judge as ‘worse than murder’.

The rapist – who can only be referred to as ‘H’ – had been jailed for 14 years and six months for crimes including forcing a teenage girl to perform sex acts on him in Greenacre’s Northcote park on August 10, 2000.

His IQ was just 67, he was mentally ill and had an intellectual disability.

‘Totally inappropriate’: Joanne Senior was told not to come into work on Friday after she finally told the school about what happened at her previous job at Corrective Services NSW

A psychologist who had a prison love affair with a locked up gang rapist was told not to come to work after she failed to tell her new employer about her sordid past.

Mother-of-two Joanne Senior was banned from practising as a psychologist four years ago after her intimate relationship with a Skaf gang rapist was found out by jail bosses.

But in February she was hired by Malek Fahd Islamic School, Australia’s biggest, as a school counsellor.

Sources said she did not disclose her past indiscretions to the school when they hired her.

However she was forced to fess up after Daily Mail Australia approached Ms Senior outside the school’s south-west Sydney campus last week.

A Malek Fahd school spokesman today confirmed it has launched an investigation into Ms Senior’s situation after victims of crime advocates branded her new job working with children as ‘totally inappropriate’. 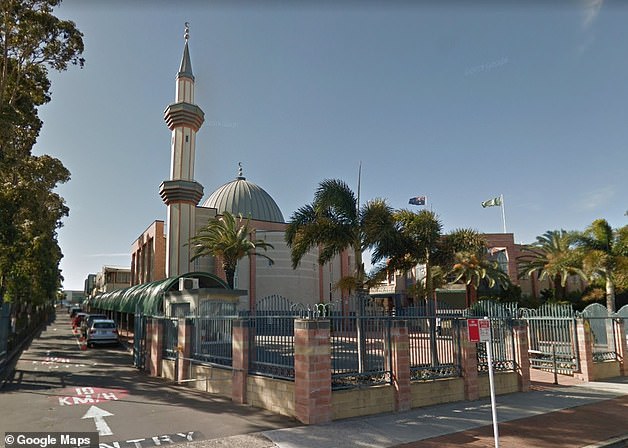 Malek Fahd is Australia’s largest Islamic school with almost 2,500 students. Ms Senior worked in a team of four counsellors and psychologists, but was told not to come into work last Friday

‘The details of the matter are being investigated and any action deemed appropriate will be taken,’ the school’s spokesman told Daily Mail Australia on Tuesday.

Ms Senior was asked not to come into school for the last day of term two last Friday.

The school said it only became aware of ‘certain details’ about her previous employment for the first time the previous day.

Ms Senior had worked as part of a team of four counsellors and psychologists for its about 2500 students since February 2019.

She provided counselling to students in the aftermath of the Christchurch massacre, where 51 Muslims were killed praying at a New Zealand mosque.

She was repeatedly named in the school newsletter under her husband’s name – but that name cannot be printed as his name is suppressed.

The newsletter where she was welcomed to the school for the first time was purged from the its website on Tuesday, apparently for legal reasons.

Ms Senior was an experienced NSW Corrective Services employee when she began an ‘inappropriate’ relationship with a pack rapist she began counselling in 2011. The New South Wales Civil and Administrative Tribunal heard she struck up a relationship with a Skaf gang rapist in mid-2011.

The Skaf gang terrorised had Sydney over about four weeks in August and September 2000, just before the city’s Olympic Games.

Their crimes – brutal group rapes and assaults on several women and teenage girls in the city’s west – were described by a judge as ‘worse than murder’.

The rapist – who can only be referred to as ‘H’ – had been jailed for 14 years and six months for crimes including forcing a teenage girl to perform sex acts on him in Greenacre’s Northcote park on August 10, 2000.

His IQ was just 67, he was mentally ill and had an intellectual disability.

The tribunal’s decision said Ms Senior ‘was involved in intimate and sometimes sexualised telephone calls with him, in which endearments were exchanged’.

Ms Senior would call him and say ‘I am in love with you’ and ‘I am going to marry you’, the tribunal heard. At one point, she agreed he could call her ‘sl**’.

She moved in with his mother and was alleged to have secretly visited him in prison under an assumed identity 24 times after he was moved to a different jail, the tribunal heard.

The tribunal found her guilty of unsatisfactory professional conduct and professional misconduct and banned her from practising as a psychologist or counsellor for three years.

Ms Senior’s conduct was ruled to be ‘particularly reprehensible given its potential impact on public safety’.

And the tribunal reprimanded her in the ‘strongest possible terms’ .

But her practising ban lapsed in the middle of last year. And Daily Mail Australia can reveal Malek Fahd Islamic School announced she began working with students in February 2019.

Redundant. Once she became a Mohammedan, character went out the window.

Howard Brown, who has represented victims of crime for 30 years, said: ‘I would hope that someone is supervising her if her role involves interaction with children.’

Ms Senior’s relationship with H, now 36, did not work out, despite their conversations reportedly including ‘declarations of love and promises of marriage’.

At some point, apparently after she stopped working at the prison, Ms Senior struck up a relationship with a second inmate.

He was also a convicted rapist. He is now her husband. 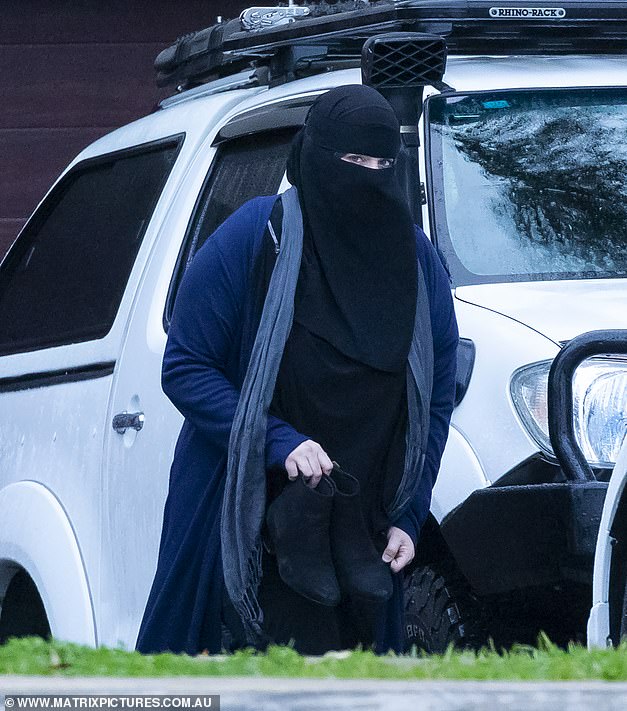 Ms Senior (above) struck up a relationship with a second inmate some time after leaving the prison, her lawyers have said. That man is now her husband

That inmate, a 33-year-old man whose name is suppressed, walked out of prison in 2014 after serving time for offences including aggravated sexual assault and detain for advantage, prison records said.

Her husband was not a member of the Skaf gang and she has previously insisted she ‘never’ treated her husband professionally.

Daily Mail Australia put a series of questions to Ms Senior, both in person and in writing, but she did not respond on the record.

Joanne Senior told the tribunal in 2015 that her relationship with the Skaf gang member was ‘completely out of character’.

She said her actions were ‘affected by depression, confusion and ‘lack of awareness of my own actions at the time’.

In a statement to media in 2017, her lawyer claimed that her conduct ‘was limited in scope.’

‘Our client has expressed remorse in relation to this conduct,’ the lawyer said.

One thought on “Psycho”