Islamic terrorists stoned to death an Armenian Christian woman living in the Syrian province of Idlib.

A Christian woman was stoned to death after being repeatedly raped in Syria’s province of Idlib, still in the hands of Jabhat al-Nusra jihadists.

(Those were McCain’s buddies & supported by Shrillary & John Kerry) They should not be permitted to go to Israel.

They are both vile antisemites who wish to destroy us.

Tlaib said that she gets a “calming feeling” about the Holocaust. Australians can’t win with our racism police. We’re racists even when their data shows we’re nice.

Take Victoria’s Equal Opportunity Commission, which this week admitted that “traditionally there are fairly low instances of reporting of racism”.

What’s more, complaints of racism actually fell over the year.

But no. The Commission insists the good news is bad.

Their jobs depend on it.

THE TERRORIST THEY WON’T TELL YOU ABOUT

It’s infuriating. Nowhere on the ABC was there a single report on the Hamas official who ordered Palestinians to “attack every Jew possible in all the world and kill them”.

Not a word on Fathi Hammad, a member of Hamas’ politburo and a former interior minister, shouting: “We want knives to come out … How much does the neck of a Jew cost? Five shekels or less?”

The ABC’s silence is infuriating because it demonstrates the wilful deafness of Australia’s anti-Israel Left. 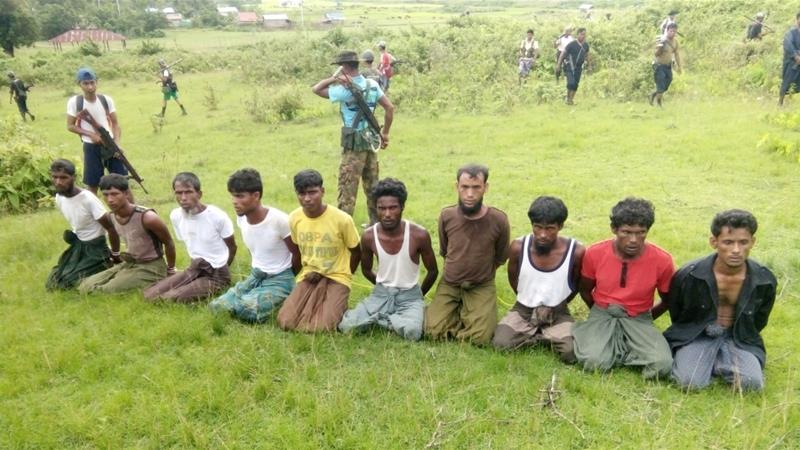 US slaps sanctions on Myanmar army chief over Rohingya abuses

Why not stand with the Burmese army against Islamic insurgents?

The US action against senior army officers comes as the military has continued to ‘commit human rights violations’.