500 Illegal  Moslem Invaders Land on Greek Island in One Day

Instead of stopping the invasion, Greece acting like it isn’t their problem. 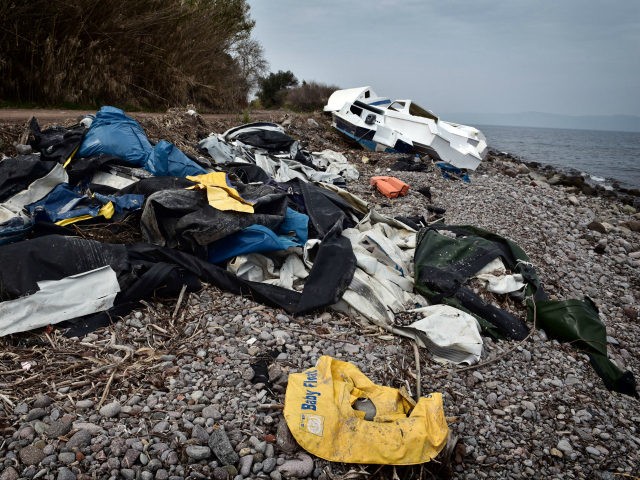 At least 500 Mohammedans have landed on the Greek island of Lesbos this week from Turkey in a single day, as conditions on the islands in the Aegean continue to deteriorate.

The 500 migrants arrived on Thursday, according to the DPA news agency, who noted that the landing was the single largest since the migration pact signed between the European Union and Turkey in 2016, television broadcaster RTBF reports.

The new conservative Greek government promised to clamp down on mass migration and tackle overcrowding issues after Lesbos received a total of 2,700 migrants in just one month.

A protester dressed as legendary biblical figure Moses with a mock tablet attends a pro-democracy protest in Wan Chai, Hong Kong, Saturday, Aug. 31, 2019. Hundreds of people are rallying in an athletic park in central Hong Kong as a … more >

HONG KONG (AP) — Protesters in Hong Kong threw gasoline bombs at government headquarters and set fires in the streets on Saturday, while police stormed a subway car and hit passengers with batons and pepper spray in scenes that seem certain to inflame tensions further in a city riven by nearly three months of pro-democracy demonstrations.

Police had denied permission for a march to mark the fifth anniversary of a decision by China against fully democratic elections in Hong Kong, but protesters took to the streets anyway, as they have all summer. They provoked and obstructed the police repeatedly but generally retreated once riot officers moved in, avoiding some of the direct clashes that characterized earlier protests.

Late at night, though, video from Hong Kong broadcaster TVB showed police using batons while on the platform of Prince Edward subway station and swinging batons at passengers who backed into one end of a train car behind umbrellas. The video also shows pepper spray being shot through an open door at a group seated on the floor while one man holds up his hands.

By Ken Moritsugu and Raf Wober – Associated Press – Saturday, August 31, 2019
.
More from the Religion of Peace: