Was that man a … Muselman?

The do-gooders are telling us not to say it’s terrorism. Seriously. “Mental illness”, of course…

Todays nothing-to-do-with-Islam event brought to you by RT
.
A knife-wielding man stabbed a woman in Sydney, Australia and tried to attack “multiple people” before he was apprehended, police said.
.

Video from the scene shows a distraught male yelling “Allahu Akbar!” as he jumps on the roof of a black car at an intersection. The vehicle then flees and the attacker jumps on the ground shouting: “shoot me!”

“F**king shoot me in the f**king head! I want to f**king die!,” he screams running back and forth at the intersection, while another man tries to tackle him with a chair. Witnesses who confronted a knife-wielding man in central Sydney are being widely praised for pinning the suspect down with a milk crate and chairs before authorities arrived on the scene. Police say the man attempted to stab multiple people, allegedly killing one woman and injuring another. Photo via @JoshButler

This happened in Sydney. What is he saying at 22 seconds of this video? 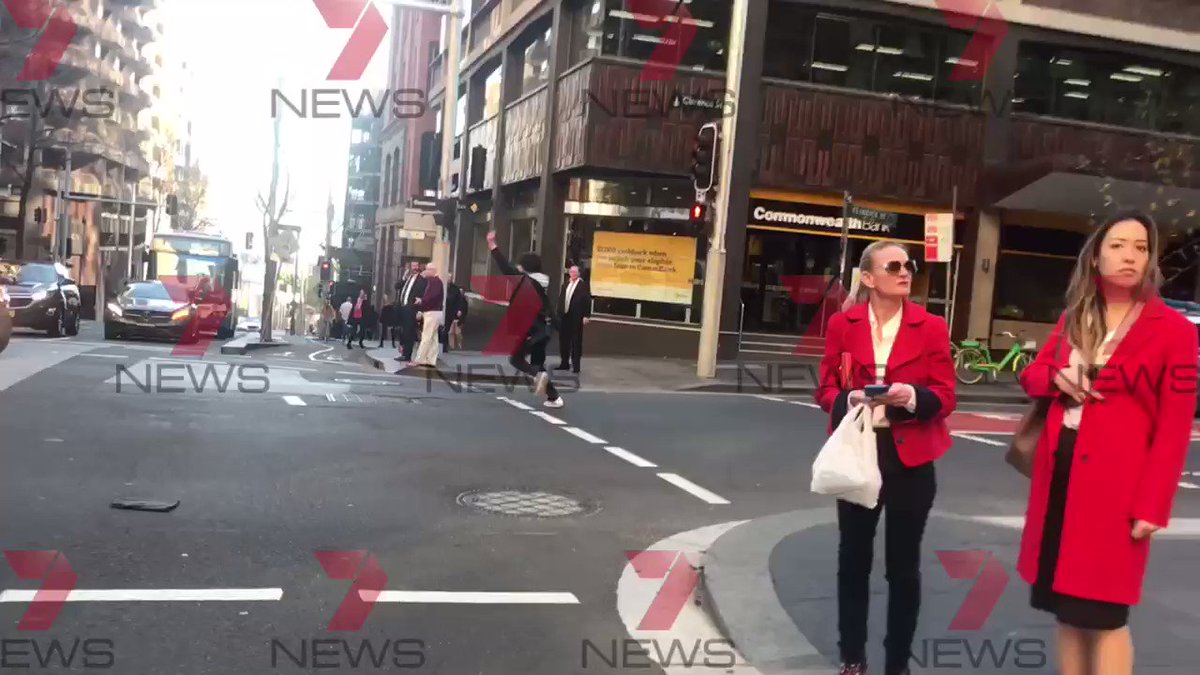 He is holding a knife in his right hand & his shirt was covered in blood.
7NEWS Australia
Replying to @7NewsAustralia
.

BREAKING: There are reports the alleged knifeman in Sydney’s CBD left a mental health facility just days ago. #7NEWS https://7news.com.au/news/crime/police-operation-underway-in-sydney-cbd-as-man-with-knife-taken-into-custody-c-397208 …

A heavy police presence is around the station in Sydney’s CBD.

WTF means “alleged?” Did he or did he not?

The grim discovery follows another woman being taken to hospital in a stable condition.

A while later, a group of bystanders and firefighters – who happened to be nearby – managed to pin the assailant to the ground and hold him down with a crate and a pair of chairs until police arrived to arrest him.

“To approach a person, with clear evidence of a stabbing, these people are heroes.”

Authorities are still in the dark over the “causation or rationale” for the attack. However, Wood announced that the suspect acted “on his own” and had no accomplices. Reports say he may have fled a mental health facility recently, but it is still to be confirmed.

Later in the day, Sydney police confirmed that they found a woman’s body inside an apartment, suggesting the case may be linked to the stabbing rampage. Another woman presented herself at a police station with a light wound, presumably resulting from the knife attack as well.

The three men were praised as heroes on Tuesday night, with the Prime Minister Scott Morrison, NSW Premier Gladys Berejiklian, NSW Police Commissioner Mick Fuller and various politicians praising their bravery in confronting the “dangerous” attacker who was “brandishing a large butchers knife”.

Mr Cuthbert and his friends Paul and Luke O’Shaughnessy, all from Manchester in the UK, and Alex Roberts, from Cronulla, were shaken after the incident but said they did not hesitate once they saw the incident unfolding.

One thought on “‘Allahu Akbar’ -‘shoot me’  in Sydney”