What these DemoRats are  actually saying:

We DO NOT RESPECT the BILL of Rights nor the Constitution of the United States because we are Socialist Dictators who want to dictate to you how YOU will live… and you WILL do what we tell you to do or face the Communist Purge. 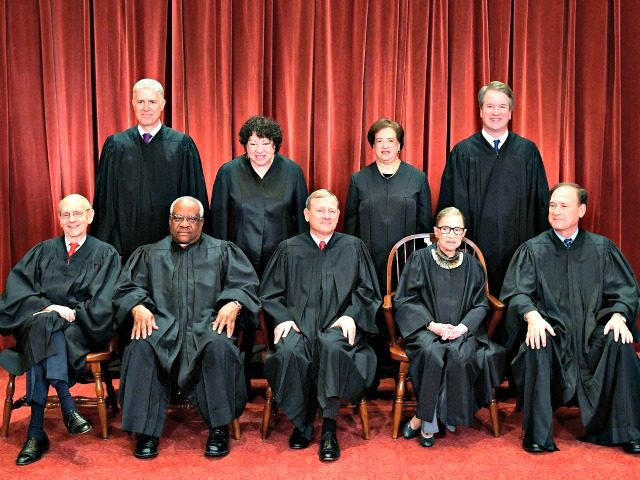 WASHINGTON, DC –Democrat presidential candidates and senators this week renewed their threats that unless the U.S. Supreme Court issues liberal rulings on the Second Amendment and other issues, Democrats will fundamentally restructure the nation’s highest court, a shocking threat to judicial independence not seen since the 1930s.

Sen. Sheldon Whitehouse (D-RI) filed an amicus brief (“friend of the court” legal brief) at the Supreme Court on Monday, joined by follow leftwing partisan Sens. Richard Blumenthal (D-CT), Mazie Hirono (D-HI), Richard Durbin (D-IL), and presidential candidate Kirsten Gillibrand (D-NY), demanding that the Supreme Court back out of a case over one of the most restrictive gun control laws in America.

These leading Democrats also warned that if the justices proceed to issue a pro-Second Amendment ruling, and if Democrats win the White House and the Senate in 2020, then they will fundamentally remake the High Court.

UC Riverside professor and former CNN host Reza Aslan, best known for indulging in cannibalism on television, must be disappointed that Tinseltown is holding off on releasing The Hunt. A movie about shooting deplorables would be right up his alley. He recently called for all Trump supporters to be “eradicated from society.”

How will he eradicate all white nationalists, considering that they comprise close to half the population? Maybe every resident of the USA should be called forward one by one to denounce their president; anyone who won’t do it gets a bullet in the head. But how can you know that they aren’t white nationalists in their hearts even if they mouth the required declarations? The problem has vexed totalitarians from the French Revolution, through Soviet Russia and China under Mao, right up to present day “liberals” like Reza Aslan.

One thought on “America’s Red Brigades Against the Constitution”