“I don’t stand for your anti-American, anti-Semitic, Muslim Brotherhood agenda using this democracy to further YOUR & YOUR FRIENDS Islamic socialism goals of dividing & weakening our country.”

They want us to eat bugs. They demand we return agricultural land to the wilderness and for people to eat more plants and fewer animals. 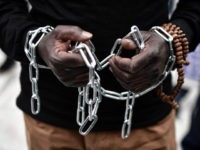 Was the Aztec and Mayan practice of human sacrifice as widespread and horrifying as the history books say? Or did the Spanish conquerors overstate it to make the Indians look primitive? Victims had their hearts cut out or were decapitated, shot full of arrows, clawed, sliced, stoned, crushed, skinned, buried alive or tossed from the tops of temples.

Telling the truth is the same as “inciting violence”

BREAKING: Another advertiser has withdrawn support for Fox News' Tucker Carlson, this time after he falsely claimed that white supremacy in the United States is a "hoax." https://t.co/jD0szi00pV

Why won't the left does condemn this HATE & brainwashing? Instead, they vilify those exposing it! pic.twitter.com/COlytV828L 3 thoughts on “Are you ready to eat bugs to save the planet?”