The US has posted a $5 million reward on Sami Jasim Muhammad al-Jaburi (left) and Amir Muhammad Sa’id Abdal-Rahman al-Mawla, with both men listed as dangerous Islamic State senior figures. Al-Mawla is a potential successor to lead Islamic State, according to the US government.

Nablus Sermon: People Who Normalize Relations with Israel Won’t Be Among Muslims to Kill Jews

The Prophet (sallAllaahu ‘alayhi wa sallam) said: “You will indeed fight against the Jews and you will kill them to the point where the rock and the tree will say: ‘O Muslim! O ‘Abdullaah (slave of Allaah)! There is a Jew hiding behind me. Come and kill him.’ Except for al-Gharqad for it is from the trees of the Jews.”

“The Jews and the Christians will never be pleased with you until you follow their religion (way).” [Surah Al-Baqarah: 120] 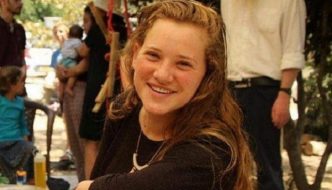 The Pali jihad includes a Pay for Slay program in which jihadists and their families are rewarded monetarily for murdering Israelis, from the youngest child to the oldest senior. It was not “extremism” that killed Rina Shnerb. It was Islam.

African Invaders Protest Denial of Passage Through Mexico to U.S.

This is the UN-OIC plan to destroy civilisation through unlimited numbers of invading third world savages. Hundreds of African migrants are finding themselves trapped in Mexico’s southern border region after new immigration rules no longer allow them safe passage to the U.S. The rule changes now say they must naturalize in Mexico or exit through its southern border.

But they’re all Mohammedans, are they not? Which one of them would betray such a noble cause?

Despite the overwhelming evidence that the Palestinian “resistance” is really an endeavour designed to advance the Islamic jihad, far too many are a still being duped into believing that there is “Israeli apartheid,” Palestinian “oppression,”  a history of “Palestine” that goes back thousands of years, and that Palestinians desire a fair “peace process.” The Palestinian jihad notoriously includes a Pay for Slay program in which jihadists and their families are rewarded monetarily for murdering Israelis, from the youngest child to the oldest senior. Yet international aid to Palestinians is also in the billions; it has become a bogus “anti-racism” cause that is lining the pockets of profiteers and crooks at the expense of the willfully blind who are willing to sacrifice the state of Israel.

The real Palestinian goals are terrorizing Israelis, delegitimizing the Jewish state of Israel, and ultimately wiping Israel off the map — from the River (Jordan) to the Sea (Mediterranean). And now the Palestinian “resistance” has more than ever become a part of the American political landscape, since Ilhan Omar and Rashida Tlaib entered the picture. Tlaib supports a one-state solution, which would mean the demise of the Jewish state.

Tlaib now makes no secret of her views, but prior to her victory in the Michigan Democratic primary, she deceptively endorsed “a two-state solution to the Israeli-Palestinian conflict,” as well as  American aid to Israel. The anti-Israel Jewish group J-Street endorsed her. But Tlaib’s position changed quickly after her victory; the change was celebrated by Palestinian “resistance” activists. She now considered herself free to stoke the flames of the Palestinian jihad against Israel, presenting it as “resistance,” pulling a sudden bait and switch.

Last week, 17-year-old Rina Shnerb was killed in a jihad bomb attack in the West Bank, “at a natural spring outside the central West Bank settlement of Dolev.” Rina’s brother, 19, was seriously injured, along with her father.

This vicious act, using an explosive device, comes a day after [P.A. leader Mahmoud] Abbas once again reasserted his commitment to the ‘pay to slay’ program, rewarding those engaged in the kinds of terror attacks witnessed today and in recent days and inciting further outrages by providing lifetime funding for the perpetrators or their families.

Rina’s death happened because she is a Jew living in the Jewish state of Israel, the state which has been targeted for obliteration by the neighboring Muslim countries since 1948. Rashida Tlaib implied that Rina’s murder happened as a result of the “Israeli occupation.” She did not and has not called for the end to the Pay for Slay program, or for an amendment to the Palestinian Authority, Fatah, Hamas and the PLO charters which call for Israel’s obliteration.

As Jihad Watch reported, Tlaib said: “We need to support nonviolent approaches to ending the Israeli occupation and guaranteeing equal rights for all.” In other words, Tlaib reiterated the claim that Israel is oppressing the Palestinians, violating their rights, and blamed Rina’s murder on that oppression. Meanwhile, Tlaib’s fellow Palestinians were busy cheering and celebrating the teens murder.

Terror organizations have praised the attack, with Hamas terrorists taking to Gaza’s streets with portable microphones to praise the terrorists for their actions and the results thereof. In addition, the al-Aqsa Martyrs’ Brigades and the Martyr Ayman Judeh groups also praised the “heroic action.” In an announcement, they praised the “legitimate fight” of the “Palestinian nation” against the “enemy Zionist army and the hoards of settlers.

Yet the West is full of people who accept Palestinian propaganda and even the Palestinians’ use of their own women and children as human shields to advance the jihad against the Jewish state. 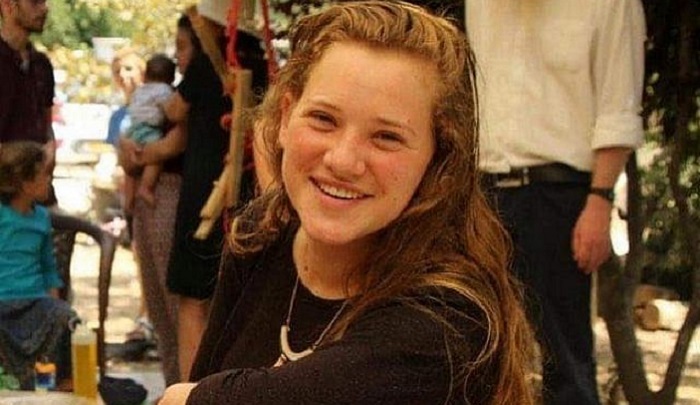 The Palestinian Authority and its chairman, Mahmoud Abbas, have not yet condemned the terror attack which killed 17-year-old Rina Shnerb and injured her father and brother.

However, terror organizations have praised the attack, with Hamas terrorists taking to Gaza’s streets with portable microphones to praise the terrorists for their actions and the results thereof.

In addition, the al-Aqsa Martyrs’ Brigades and the Martyr Ayman Judeh groups also praised the “heroic action.” In an announcement, they praised the “legitimate fight” of the “Palestinian nation” against the “enemy Zionist army and the hoards of settlers.”

The Popular Resistance Committees, an Islamic terror group, said the terror attack was a “quality” action in the “Palestinian” struggle in Judea and Samaria, claiming it is a natural consequence of the settlers’ “crimes” in Jerusalem……