Always make sure not to connect the dots. Jihadis themselves relate to Allahu akbar as a battle cry. But you, filthy kuffar, must not say that.

‘Allahu Akbar’ – ‘Allah Is The Greatest’ – A Jihadi Battle Cry

The Grand Mufti of Australia and New Zealand Dr Ibrahim Abu Mohammed told SBS Arabic24 that there was a need to “end misunderstanding” around the phrase Allahu Akbar, following the Sydney CBD stabbing which left one person dead.

A Sydney man is accused of killing 24-year-old Michaela Dunn in a Clarence Street apartment before allegedly stabbing 41-year old Linda Bo at the Hotel CBD.

Eyewitnesses allege that the man shouted ‘Allahu Akbar’ during the attack.

In the hours following the attack, it was reported by various Australian TV and online media outlets, including the ABC and Channel Nine, that the perpetrator had shouted a “terrorist slogan” during the incident.

An image obtained from video on Tuesday, August 13, 2019, shows a man being arrested after a woman was stabbed in Sydney’s CBD.
AAP

The reports came despite NSW Police Commissioner Mick Fuller’s clarification that the attack was “certainly not a terrorist incident”, adding that the man did have a history of mental health issues.

Allahu Akbar, which usually translated to ‘God is [the] greatest’, is a common Islamic-Arabic expression, recited by Muslims in many different situations, Dr Mohammed said.

“Allahu Akbar is what Muslims say to start praying, it is the slogan we [say] to leave the material world and enter a spiritual one,” he said.

“It is a slogan we say in our prayers so we keep our focus on Allah, to shift our focus from our material daily life to our relationship with God, which is a state of highest levels of cleanness and purity.

“I don’t think any educated person doesn’t know that all Muslims use this phrase in every prayer, at the beginning and end and during the prayer.” 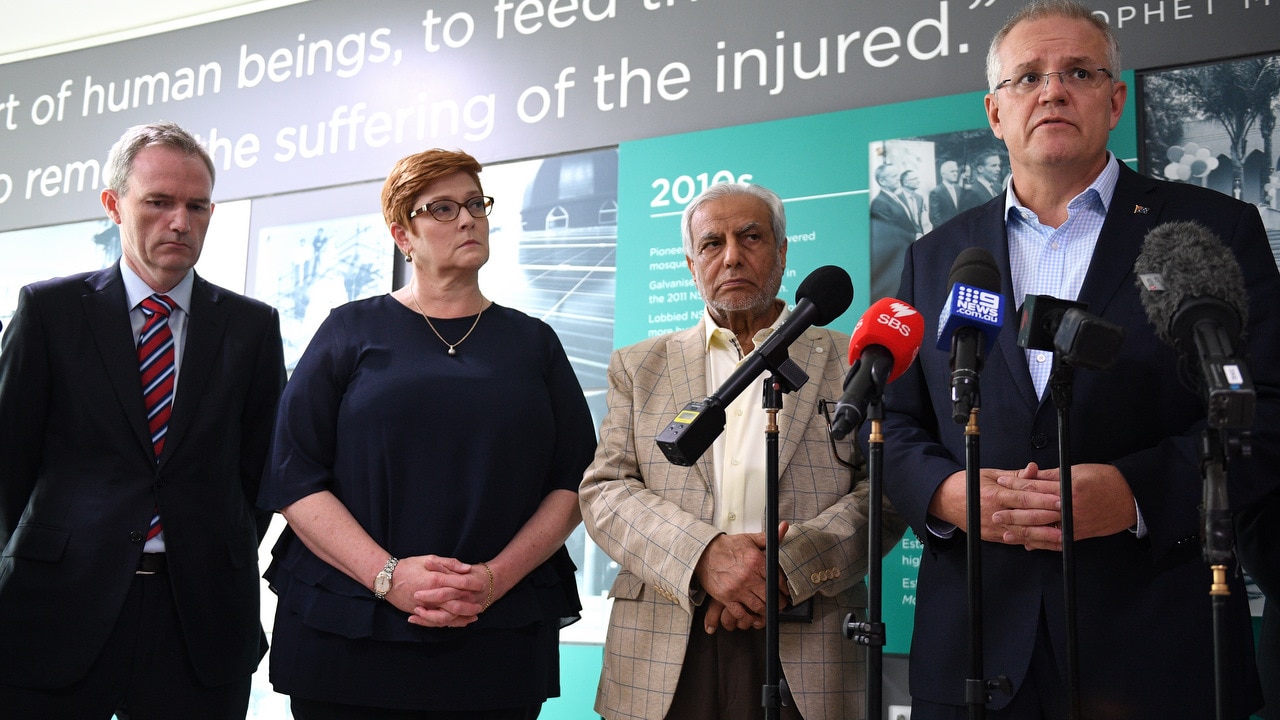 Dr Mohammed said coverage of the stabbing was just one of a number of occasions where the phrase was labelled a “terrorist slogan”.

“A million Australian Muslims say this phrase 200 times a day. How did it turn from a phrase with such great meaning we say in joy and sadness, and when we want to leave the material world to a spiritual one –  to a ‘terrorist slogan’?” he said.

“For me, the ill-intentions are when people make a relation between the phrase ‘Allahu Akbar’ and terrorism.

“We should look at it as the glass half full, which the media don’t do. They don’t look at the Muslims in the diaspora in general and in Australia particularly, [they are a] scientific, moral, and cultural addition to the society.”

Allahu Akbar and IS

References to the phrase have risen to prominence since 2014 during a period scholars refer to as the ‘IS era of Islamic radicalism’.

Since 2014, IS released a series of propaganda videos where the phrase featured prominently, in relation to attacks being planned and perpetrated.

During a number of attacks across the globe, committed and inspired by IS and other terror groups, the perpetrators have chanted the phrase, according to police reports. File frame grab from video posted on Monday, March 18, 2019, by the Aamaq News Agency, shows an IS fighter firing his weapon.
AAP
.

Counter-terrorism expert and Sydney University academic Mariam Farida said in many cases, the phrase was the final thing a perpetrator would chant before committing an attack, as a way of “dedicating” the act to god.

Despite drawing this link, Ms Farida said media organisations played a part in propagated the association between the phrase and terrorism, in an attempt to “attract viewers”.

“The media rushed in saying Allahu Akbar is a ‘terrorist slogan’, which might create fear for people following the news if they thought it is a terrorist attack,” she said.

“I think media outlets wanted to grab the attention of viewers, so when you say ‘terrorist slogans’ everyone will follow you, but in the long term, it has negative effects.

“I don’t blame the viewer in the Western world, but I wish they have this kind of awareness. The blame falls on the media that give inaccurate information and rush to blame a certain party without waiting for police reports like what happened in the Sydney stabbing.” 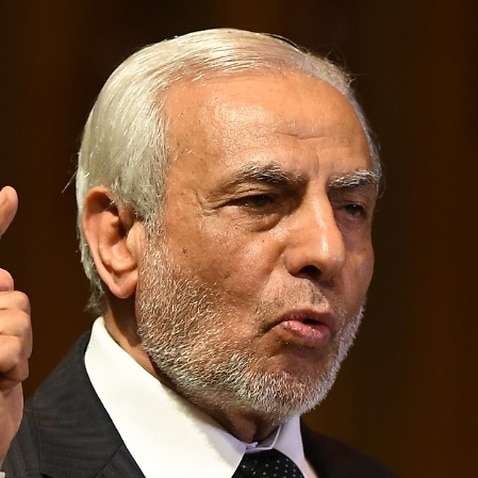 Dr Mohammed said terrorism is “based on ignorance, misinformation and ill-education”.

“How can we make terrorists our reference in classifying a certain phrase,” he said.

“The terrorist who uses this phrase before doing any action to harm others insult the religion he claims to be belonging to.”

CEO of the Federation of Ethnic Communities Council of Australia (FECCA), Mohammad Al-Khafaji, said he shared the Grand Mufti’s “frustration” over the “hijacking of a sacred phrase which is today associated with terrorists”.

“The media has a responsibility and must exercise caution when reporting on these issues as they can influence the community’s attitude towards Muslims in Australia,” he said.

“This is a reminder that we have lot of work to do in the community to facilitate authentic relationships with the Muslim community to ensure people understand the religion, feel comfortable to ask questions and change the narrative around Muslims to something more positive. A great initiative which helps in breaking down these barriers is the National Mosque Open Day.”

Narrated Anas: The Prophet set out for Khaibar and reached it at night. He used not to attack if he reached the people at night, till the day broke. So, when the day dawned, the Jews came out with their bags and spades. When they saw the Prophet; they said, “Muhammad and his army!” The Prophet said, Allahu–Akbar! (Allah is Greater) and Khaibar is ruined, for whenever we approach a nation (i.e. enemy to fight) then it will be a miserable morning for those who have been warned.”–Sahih Bukhari 4:52:195

Narrated Anas: The Prophet offered the Fajr Prayer near Khaibar when it was still dark and then said, “Allahu-Akbar! Khaibar is destroyed, for whenever we approach a (hostile) nation (to fight), then evil will be the morning for those who have been warned.” Then the inhabitants of Khaibar came out running on the roads. The Prophet had their warriors killed, their offspring and woman taken as captives. Safiya was amongst the captives, She first came in the share of Dahya Alkali but later on she belonged to the Prophet .The Prophet made her manumission as her ‘Mahr’.–Sahih Bukhari 5:59:512