Iraqi Shiite headbanger Muqtada al-Sadr suggests that it is better for the oppressed Yazidis to live without rights under Shiite Islam than fleeing into “the arms of Israel.”

Iraq: Shia Cleric Accuses Yazidis of Fleeing From ISIS Into The ‘Arms of Israel’ 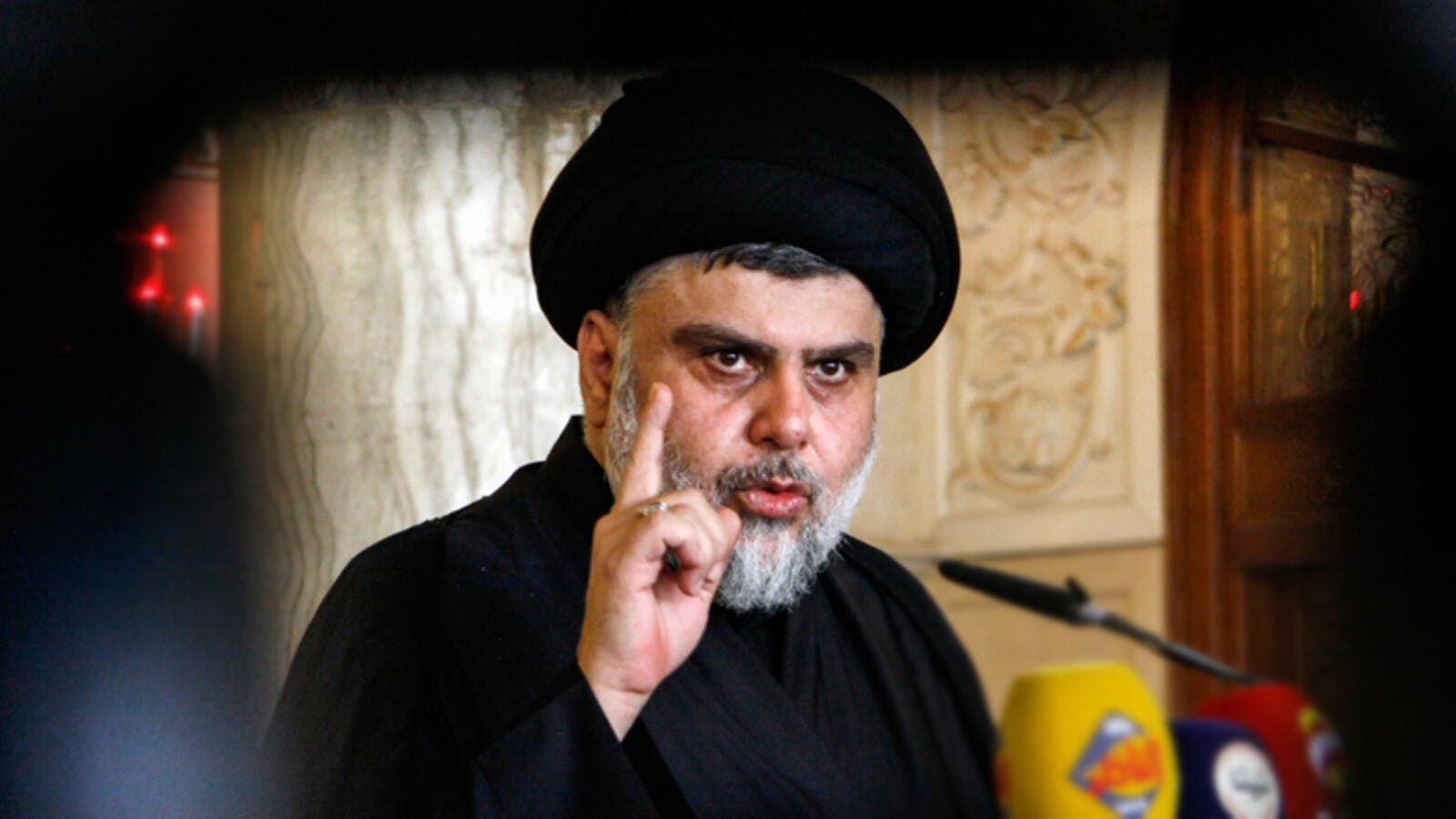 Iraqi cleric and leader of the winning coalition in recent elections, Muqtada al-Sadr. (Photo: AFP)
.
Yazidi survivors fled from IS to ‘arms of Israel’: Sadr.
.

Sadr accused the activists, who had survived abuse at the hands of IS, of fleeing from the militant group into “the arms of Israel.”

Sadr’s comments were published in an article in which he discussed the need for moderation and advised against dealing with things in a reactive manner.

“Calls for extremism and liberalism can be heard everywhere,” he said, adding that “one wants to enslave the masses while liberalism wants freedom from all restrictions to be a slave to everything”.

“While it is logical to flee extremism, it does not mean one should throw themselves into the arms of extreme liberalism,” he added.

The comments came after a delegation of several Yazidis, led by activist Nadia Murad, visited Tel Aviv in July.

Earlier this month, Nobel laureate Nadia Murad urged Iraq’s Yazidi minority to return to their ancestral heartland of Sinjar, five years after the Islamic State (IS) group launched a brutal assault on their community there.

Murad was one of thousands of women and girls from the minority faith abducted by the extremist group as they overran swathes of Iraq in 2014.

Speaking in the southwestern city of Stuttgart at the invitation of Germany’s central Yazidi council, she said that more than 90,000 Yazidis had already returned to Sinjar.

But “we need even more to return there so as to thwart the IS’s plan to chase them out from Sinjar,” she said.

“The Kurdish and Iraqi authorities have done nothing for us and there is currently no local authority in the region of Sinjar,” Murad said.

Describing the de-mining of the territory and the exhumation of mass graves as “a positive step forward,” she called for the restoration of public services, including schools and hospitals, in the region.

She also argued that the Kurdish and Iraqi authorities should “compensate the Yazidi survivors of the IS, but so far they have still had nothing.”

Baghdad has awarded some Yazidis a one-off payment of $1,700, equivalent to just over three times the average monthly wage in Iraq.

On August 3, 2014, Islamic State group fighters seized Mount Sinjar, and went on to slaughter thousands of Yazidi men and boys and abduct girls to be used as “sex slaves”.

The United Nations has said IS’s actions could amount to genocide and is investigating Islamic atrocities across Iraq.

The brutal assault by IS pushed around 360,000 Yazidis to flee to other parts of Iraq, including the Kurdish region, where they live in ramshackle displacement camps.

According to authorities, more than 6,400 Yazidis were abducted by IS and only half of them were able to flee or be rescued, while the fate of the others remains unknown.

The number of Yazidis living in Germany is around 150,000.

This article has been adapted from its original source.