Joe Biden is making another false exculpatory statement. He said he was cleared. Maybe in his own mind or by the corrupt media. He has never been cleared or even investigated because the Clintons, Bidens et al believe they are all above the Law.

Sweden Sees Rise in Chain Migration from Iraq and Syria

Democratic lawmakers will hold a hearing Tuesday on “the Trump Administration’s Muslim Ban.”

The Chinese Communist Party has built thousands of concentration camps for ethnic Uighurs, Kazakhs, and Kyrgyz nationals who adhere to the Islamic faith where they face indoctrination, torture, slave labor, death, and potentially live organ harvesting. The U.S. government has estimated that between 1 and 3 million people are currently languishing in a Chinese concentration camp. Beijing insists the camps are “vocational training centers” where prisoners learn to worship the Communist Party, a valuable skill in the Chinese economy. “…we see alarming signs and new challenges to liberty.”

“If you want freedom, take pride in your country. If you want democracy, hold onto sovereignty. And if you want peace, love your nation.”

In one of the President’s strongest statements on social media bias yet, Trump argued that social media censorship is incompatible with a free society. He also drew attention to the growing trend of censorship, “cancelling,” and blacklisting in general.

Rep. Omar tweeted: “The President of the United States is continuing to spread lies that put my life at risk. What is Twitter doing to combat this misinformation?”

Meanwhile, Omar and Hamas-linked CAIR don’t think they put Trump’s life at risk when they constantly characterize him as “anti-Muslim,” “racist,” etc. What is Twitter doing to combat this misinformation?

You simply cannot impeach the president because you don’t like him. 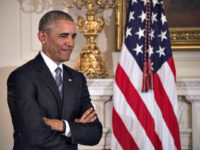 First Salvini called for one, now Le Pen wants a referendum on immigration. While both countries are in the EU, they haven’t a snowball in hells chance of getting one! The National Rally (RN) leader said that she and her party had been excluded from a debate on immigration set for the end of the month where she wanted to propose several referendums to allow the French public to vote on immigration policies, Le Figaro reports.