Tucker on the Left’s Tactics: “When you use children to demand power they become a kind of human shield…no one can criticize you…Anyone who would do that is someone who would literally do anything to seize control & that is exactly what they’re doing.”

Children—notably Nordic white girls with braids and red cheeks—were often used in Nazi propaganda. But never have we seen a girl so young and with so many mental disorders treated by so many adults as a guru.

”People are suffering, people are dying, entire ecosystems are collapsing. We are in the beginning of a mass extinction and all you can talk about is money and fairytales of eternal economic growth.” Watch Greta Thunberg speak at the UN Monday morning. 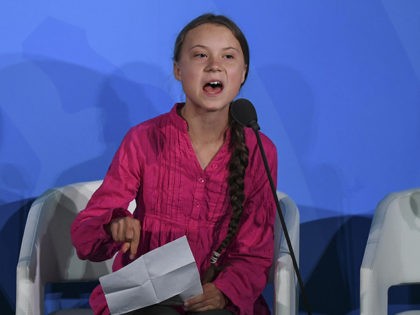 Iran continues to execute gay people because as they say: “moral principles”

They suppress their citizens

Why does the media ignore?

One thought on “Tomorrow does not belong to climate retards”