#Treason and #Sedition are easy when you don’t think you’re going to be caught.

Barr is licking his chops! .⁦@SeanHannity⁩ is absolutely correct — This is not an impeachment inquiry, it is an “attempted coup.” https://t.co/XwItCH4iEd 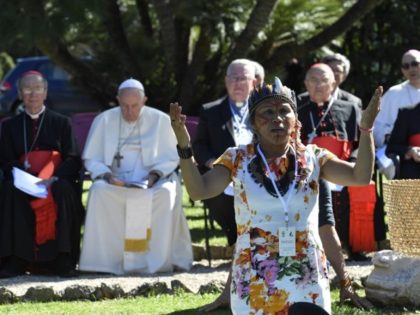 Pope Francis Joins Indigenous Leaders in Prayers for the Earth Is there a resemblance? That’s the best thing that could possibly happen to these fat cats.

One thought on “Clapper spills the beans: Obama ordered coup against Trump”