We are doing it because we want Allah to be happy with us, Khan said.

Prime Minister Khan, who focused on the Kashmir issue in his maiden address to the UN General Assembly, told his party workers at the airport here that whether the world is with the Kashmiris or not, we are standing with them. (Photo: File)
.

Islamabad: Prime Minister Imran Khan on his return from the US on Sunday said that those standing by Kashmiris were doing “jihad” and Pakistan will support Kashmiris even if the world does not.

Prime Minister Khan, who focused on the Kashmir issue in his maiden address to the UN General Assembly, told his party workers at the airport here that whether the world is with the Kashmiris or not, we are standing with them.

Shackled children and other detainees from Burkina Faso, Mali, and other countries have been freed from the ‘House of Torture’ where they were reportedly raped and starved for years while they studied the Koran pic.twitter.com/ZPkSYEOj1E

Let’s hope our bleeding hearts do not intend to ‘save them’ by bringing them to Europe.

STORY: https://on.rt.com/a2i2 VIDEO: Imran Khan to UNGA – ‘This is one of the most critical times…#Pakistan will be blamed…’ There will be a bloodbath in Kashmir when India lifts its curfew, Imran Khan, Pakistani Prime Minister, warned the UN General Assembly. His Indian counterpart, Narendra Modi, didn’t address the disputed region in his speech.
.

Tensions have run high between the two nuclear-armed nations since New Delhi revoked Kashmir’s decades-old autonomous status, arguing that the move was needed to fully integrate the region into India and bring prosperity to it. Thousands of Indian troops were sent to the area, with a curfew imposed in order to prevent possible unrest.

“What’s going to happen when the curfew is going to be lifted – it’ll be a bloodbath,” Khan said from the UN tribune.

Pakistan rejects India’s justification for the Kashmir move, accusing its neighbor of a crackdown on the local Muslim population and infringing on its part of the disputed region’s territory.

India and Pakistan have already fought two wars over Kashmir in 1947 and 1965, with Khan reiterating that he doesn’t rule out a third one, in which nukes may well be employed.

If the conflict with India breaks out, a much smaller Pakistan would have to choose between surrender and a “fight for… freedom till death,” the PM pointed out.

“What will we do? I ask myself this question … and we will fight. … and when a nuclear-armed country fights to the end, it will have consequences far beyond the borders.”

Modi, who took the stage after Khan’s fiery speech, delivered his message in a much calmer manner. He didn’t mention the dispute over Kashmir or tensions with Pakistan at all, concentrating instead on broader global issues. One of them was terrorism, which the PM called “one of the biggest challenges, not for any single country, but for the entire world and humanity.” India accuses Pakistan of supporting terrorist groups in Kashmir.

But then, not everyone feels that there is life beyond the jingoism of nuclear war, jihad, encouraging terrorism, war mongering, falsehood, deceit and misuse of the highest global platform. 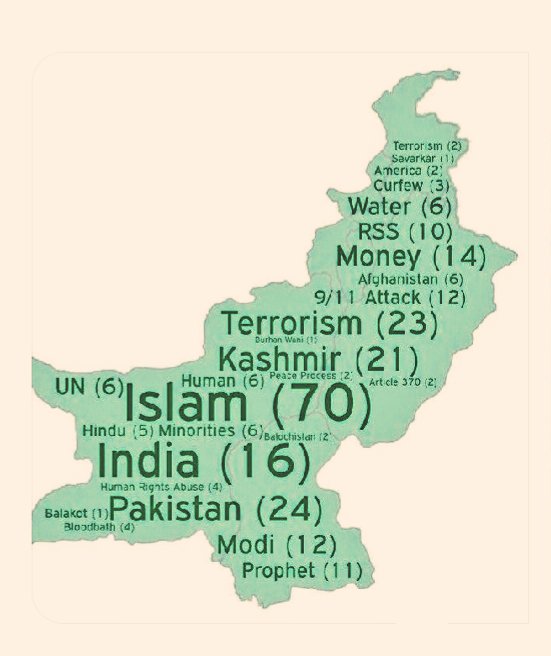 Many Indian commentators echoed the spokesman, with some going as far as suggesting that the Pakistani PM should be banned from ever appearing at the General Assembly again.
.

The UN gives a message of peace, but the pm of Pakistan today stigmatized this UN, UN must ban such people from coming on stage.

Now a day Pakistan even start using @UN to give war and nuclear threat , it’s shamful for UN and his President to allow that

Khan was also blamed for being “obsessed” with India and its PM. A particularly inquisitive commenter pointed out that the Muslim-majority country’s leader mentioned Modi more frequently than Prophet Muhammad in his address.

Others were worried that Khan’s words could incite attacks against Indians around the globe.

best way to summarize pakistan.
This was a highly provocative speech and this speech was like a call from Pak to attack India and indians across the globe. This was like a jihad call like #isis did in 2014.