What a coincidence! Not. 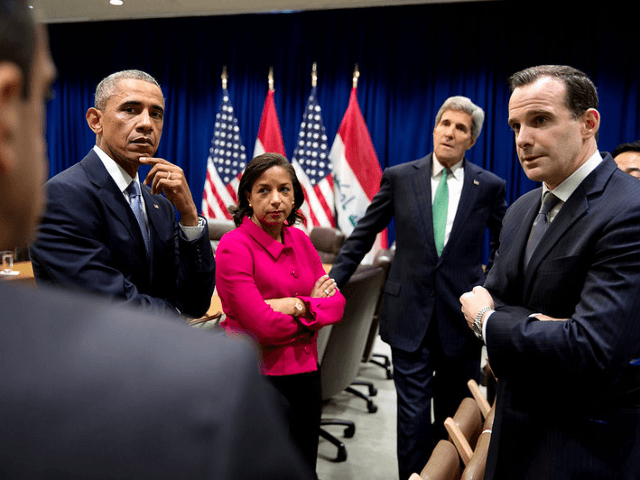 Iranian militia leader Hadi al-Amiri, one of several identified as leading an attack on the U.S. embassy in Baghdad on Tuesday, reportedly visited the White House in 2011 during the presidency of Barack Obama.

On Tuesday, a mob in Baghdad attacked the U.S. embassy in retaliation against last weekend’s U.S. airstrikes against the Iran-backed Shiite militia Kataib Hezbollah (KH), responsible for killing an American civilian contractor. KH is one of a number of pro-Iran militias that make up the Popular Mobilization Forces (PMF/PMU), which legally became a wing of the Iraqi military after fighting the Sunni Islamic State terrorist group.

Obamunists wanted today to be another Benghazi.

I’m not surprised at all by this.

Hundreds of Iraqi mourners tried to storm the United States Embassy in Baghdad, shouting “Down, down USA!,” in response to deadly American airstrikes this week that killed 25 fighters https://t.co/jrAtON72eR

Ever so slowly, things appear to be changing, though:

Delingpole: A Few Things We Could Happily Live Without in 2020…

Every time you thought that the cult of St Greta could not get any more insane, reality said: “Hold my beer.” After being feted across the world by everyone from Arnold Schwarzenegger to the Pope, hailed by Canadian novelist Margaret Atwood as the new Joan of Arc, St Greta achieved full apotheosis at year-end when a Swedish pastor described her as the successor of ‘Jesus of Nazareth’.

If you don’t read anything else today, read this!