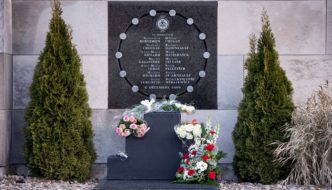 If it was up to Mohammedans, there wouldn’t be any plaques for victims of Islamic terror anywhere.

That’s been the Mohammedan modus operandi for 1400 years. 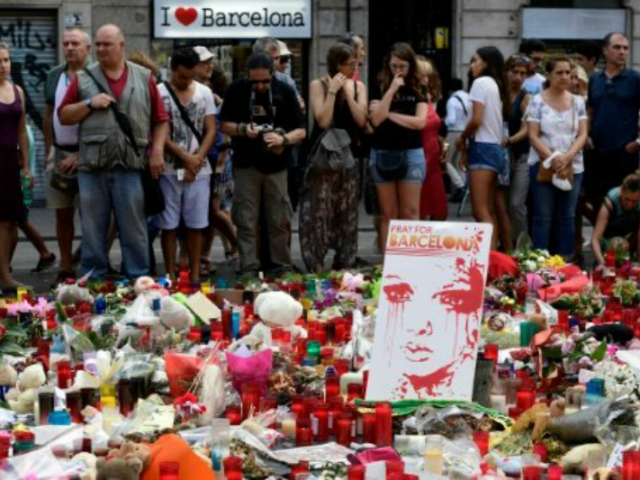 Four Pakistani nationals were arrested in Barcelona earlier this week after they poured concrete on part of a memorial to the victims of the 2017 Barcelona terror attack.

The four men poured concrete over a plaque on the La Rambla street which is a memorial to the victims, 16 of whom died, of the Barcelona radical Islamic terror attack. The vandalism took place at around 6 p.m. in the evening and the suspects were soon caught by police just yards away from the site of the crime, Spanish newspaper El Pais reports.

Police were tipped off by a pedestrian who managed to capture the act on their mobile phone and helped identify the Pakistani men who were behind it.

All praise to the Muslim hero:

Muslims around the world are praising one man as a “hero” after he attacked a man burning a copy of the Muslim holy book in Norway. The 2017 Cambrils terrorists had travelled to Paris before their August attack and plotted to set off a truck bomb under the Eiffel Tower.—Breitbart.com

Each of the four men has been charged with harming the memorial and have also been charged under Spanish hate crime legislation due to the nature of the attack. The concrete has since been removed from the memorial.

The memorial itself contains the phrase “May peace cover you, oh city of peace” in Spanish, Catalan, English, and Arabic and lies next to a drawing of the word Barcelona by artist Frederic Amat, along with the date and time of the terrorist attack.

The incident comes just over a year since Stefan Åkerlund, the father of Stockholm terror attack victim Ebba Åkerlund, complained repeatedly to police that a migrant had vandalised his daughter’s grave on multiple occasions.

“I personally caught him in the act of desecration, when he was pouring [candle wax] on Ebba’s grave; the police released him after only one hour in custody,” Åkerlund said.

“That’s what my nightly visits to the graveyard were worth.”

Since the Barcelona attacks, Spain has been on high alert for radical Islamic terrorist plots. Spanish and Moroccan authorities have managed to foil a potential attack on the city of Seville during Holy Week earlier this year.

Paki supporters of the ‘hero’ demonstrate against the Quran burning [AFP]

The man has received global praise for confronting the man burning a copy of the Quran at an anti-Islam rally in Norway.
Muslims around the world are praising one man as a “hero” after he confronted a man burning a copy of the Muslim holy book in Norway.
.
The incident occurred during a rally organised by far-right organisation Stop Islamisation of Norway (SIAN) in the southern city of Kristiansand last weekend.

During the anti-Islam rally, far-right activists described Islam as “fascist” and labelled Prophet Mohammed a “paedophile”, as well as throwing two copies of the Quran into a rubbish bin, Resett reported.

But the rage of Muslims who gathered in Kristiansand for a counter-protest bubbled over when SIAN leader Lars Thorsen set alight a copy of the Muslim holy book in front of the crowd.

One thought on “Mohammedan Vandalism With a Purpose”