In NY Monday it became legal for Illegal aliens to get drivers Licenses. On Friday the lines are still out the doors of the DMV’s all over the state. The number illegals in this country are grossly underestimated. This is clear.

Schiff: Biden Ukraine Scandal Should Be Off Limits

The audacity of these degenerates is breathtaking. House Intelligence Committee Chairman Adam Schiff (D-CA) said on Sunday that Joe Biden’s Ukraine corruption scandal should be off-limits as the 2020 US election approaches, and that President Trump shouldn’t be allowed to investigate – or encourage Ukraine to investigate.

Senate Should Charge Nancy Pelosi with ‘Obstruction of Congress’

Just hours later after House Democrats had done her bidding and impeached the president, Pelosi told journalists that she was not yet prepared to deliver the articles of impeachment to the Senate. She claimed not to have decided yet who the House “managers” of the trial in the Senate would be. 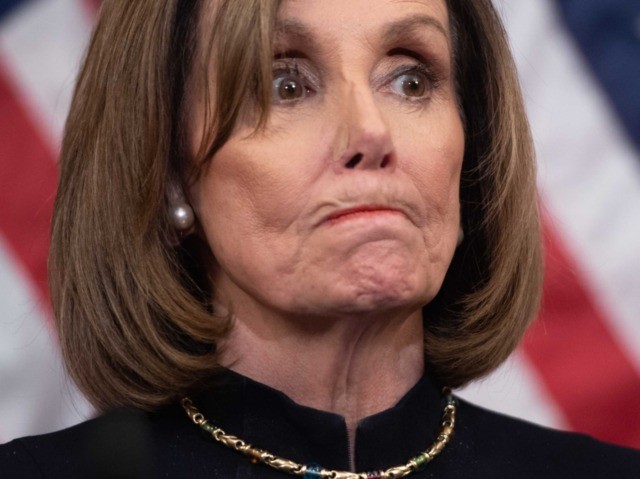 Speaker of the House Nancy Pelosi (D-CA) is refusing to transmit the articles of impeachment against President Donald Trump that the House of Representatives passed on Wednesday evening to the Senate for a trial.

She is, in the words of the articles, guilty of “obstruction of Congress.” And unlike President Trump, Speaker Pelosi has no constitutional basis whatsoever for refusing the request of one of the two houses that make up the legislative branch. Barr slammed disgraced former FBI Director James Comey, saying, “One of the things that I object to is the tact being taken by Comey, which is to suggest that people who are criticizing or trying to get to the bottom of the misconduct are somehow attacking the FBI. I think that’s nonsense. We’re criticizing and concerned about misconduct by a few actors at the top of the FBI and they should be criticized if they engaged in serious misconduct. That doesn’t mean we are criticizing the FBI and I think the tact of trying to wrap yourself in the institution and say gee, people who are criticizing the decisions I made are attacking the institution.

Fauxcahontas: Trump Would ‘Step on a Cute Little Kitten’ to Get What He Wants “Trump looks out for other billionaires because he thinks they’ve got a whole bro thing going on. That’s what Donald Trump does. And if he had to step on a cute little kitten to get something done that would help himself, he would do it.”

Countermoonbats should probably temper their celebrations over yesterday’s farcical impeachment. True, the short-term effects of this extreme overreach are positive. The disgraceful episode has significantly reduced the risk of Democrat success in the 2020 elections. It is difficult to imagine any patriotic American wanting to reward Democrats for the tactics they have been using. However, the likely long-term effects are nothing to celebrate.

Thomas Lifson thinks history will dismiss the impeachment, given these unique aspects:

1. It was purely partisan.

2. It was advocated by House members before the president even took office.

3. No crime was even alleged.

4. It was brought less than a year before presidential election.

5. It was led by a proven repeated liar.

6. The speaker opposed it but was bullied into compliance by inexperienced radicals.

7. The hearings increased the president’s popularity.

Lifson is correct that this impeachment is “a monumentally foolish act of political malpractice.” However, that may not mitigate the damage.

Over the past 232 years, the USA has had the most stable government on the planet. This is due to the genius of the Constitution. It established three coequal branches of government. That has now ended.

Just as everyone on both sides of the aisle knows that Trump was impeached because of who he is, not because of anything he did, we all know that if Democrats had the numbers in the Senate, he would be removed from office. This means that the presidency is no longer coequal; the president now serves at the pleasure of Congress.

Even if the effects are not immediate, our system of government has been destabilized. Democrat threats to abolish the Electoral College and pack the Supreme Court would destabilize it still further.

Given the ferocious level of animosity toward dissent and the absolute lack of principle that characterize today’s Democrats as they take a sledgehammer to our system of government, we are in for a rough ride.