Every Moslem is an enemy agent.

Their children will murder your children. 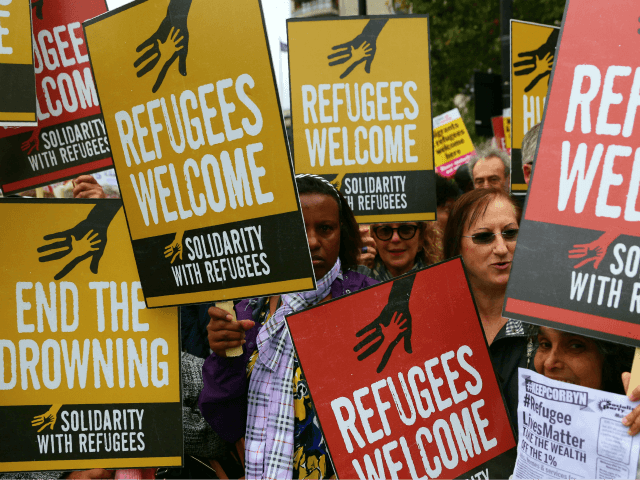 For fiscal year 2020, President Donald Trump will continue cutting refugee admissions by reducing former President Barack Obama’s refugee inflow by at least 80 percent. This reduction would mean a maximum of 18,000 refugees can be resettled in the U.S. between October 1, 2019, and September 30, 2020. This is merely a numerical limit and not a goal federal officials are supposed to reach.

Coupled with the refugee reduction, Trump signed an executive order that gives localities, counties, and states veto power over the resettlement of refugees in their communities.

After Republican Gov. Larry Hogan announced that he would accept refugees in the state of Maryland, the Islamic Circle of North America Relief USA and the Council on American-Islamic Relations (CAIR) applauded the decision, saying in statements:

“They are a great asset to Baltimore and to Maryland,” said Ibrahim Abusway, community development of Islamic Circle of North America Relief USA. [Emphasis added]

“We are thrilled with this decision,” said Zainab Chaudry, director of CAIR Maryland outreach. [Emphasis added]

CAIR has been declared a terrorist organization by the United Arab Emirates and was named by federal prosecutors as an unindicted co-conspirator in a Hamas-funding operation. CAIR has also repeatedly defended suspected terrorists.

Refugee contractors have a vested interest in making sure as many refugees are resettled across the U.S. as possible because their annual federally funded budgets are contingent on the number of refugees they resettle. Those refugee contractors include:

Refugee resettlement costs American taxpayers nearly $9 billion every five years, according to the latest research. Over the course of five years, an estimated 16 percent of all refugees admitted will need housing assistance paid for by taxpayers.