Climate Action is about:

NOT about climate.
It’s about Socialism = #Agenda21 = NWO

He’s not the only one.

The Islamisation of Europe is a done deal.

Empty half the Earth of its humans. It’s the only way to save the planet | Kim Stanley Robinson 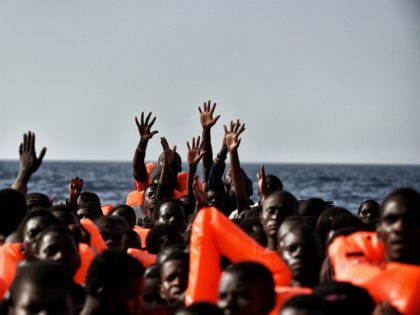 ‘Fundamental transformation’, as Obama called it, is the agenda. The old, orderly Europe of cultured nation-states must be dismantled. White Europeans must be replaced by illiterate African savages & by unassimilable Mohammedan headchoppers.

Obviously, “deniers” around the world haven’t lost their minds over this appalling scam:

…we see that “nations are failing to keep pace with their commitments, that the dangers and damage of climate change are even worse than we feared, and that the time remaining for us to halt climate damage is less than we hoped.”

In the U.N. climate talks, “we learned that 200 nations have failed to respond sufficiently to the growing urgency of the climate crisis,” it notes. “The outcomes were disappointing, with no increased ambitions to address to scale the adaptation, mitigation, and finance that are needed.”