Previously there was this report:

The Spanish coastguard on Tuesday picked up 69 African migrants who had gone missing south of the port city of Malaga while attempting to reach the European continent illegally by boat.

The Spanish maritime rescue service said that all 69 illegal migrants were transported to Motril, Granada where they disembarked. Of the illegal migrants who were picked up, three of four were men, the Associated Press reports. 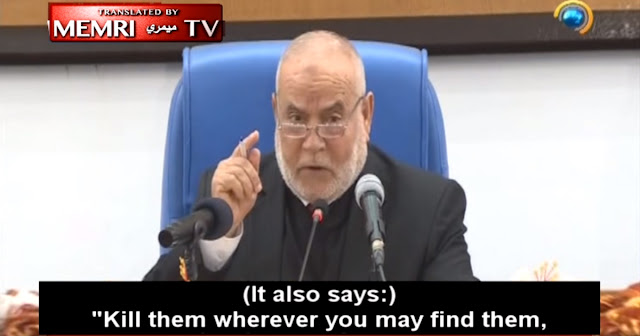 Hamas Parliament Speaker Ahmad Bahr said in a January 29, 2020 address that aired on Al-Aqsa TV (Hamas-Gaza) that the Palestinian terrorists will never give up their weapons used to kill “enemies of Allah.”
.
He quotes the Qur’an as he threatens to kill Trump, Netanyahu, Jews and Christians.
.
“Fight them. Allah will punish them by your hands, and will disgrace them, and give you victory over them, and satisfy the breasts of a believing people.”- That’s Qur’an 9:14-15.

.“Kill them wherever you may find them, and drive them away from wherever they drove you away. And Allah will surely support those who support Him. Indeed Allah is Powerful and Exalted in Might.’”- That’s Qur’an 2:191 and 22:40.

This is why there is no peace in the Middle East.
Hamas and the Islamic Jihad are Islamic terrorist organisation, with an antisemitic ideology, an arsenal of missiles pointing at Israel, a history of terror attacks on Jewish targets in the West, and links to organised crime.