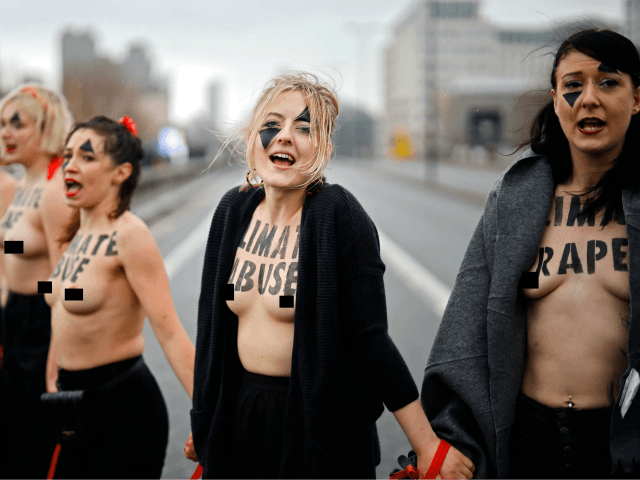 A group of 31 women formed a topless human chain in London to protest against climate change on International Women’s Day. (Warning: explicit images.)

Members of the climate change alarmist group Extinction Rebellion (XR) took off their shirts on Waterloo Bridge, blocking traffic in an protest against the supposedly disparate impact that climate change has on women. The protestors painted slogans on their chests such as “climate rape” and “climate murder”.

One thought on “Tits for climate!”