The dam is breaking.

The Swamp, led by Obama, is totally melting down AND IT’S GLORIOUS! No amount of op-ed writing, or “leaked” Obama audio, is going to save them from being exposed. It’s full steam ahead and the Swamp rat hysterics cannot stop what’s coming. The truth will come out.

President Trump Asked About #OBAMAGATE — Goes Off, Slams WaPo Hack — “You Know What the Crime Is! The Crime is Obvious to Everybody!”

President Trump: I Hope You Had Fun Investigating Me – Now It’s My Turn Why is Barack Obama emerging from his highly paid work at Netflix to protest the release of documents?

The Wall Street Journal editorial board said former President Barack Obama appears to be trying to manipulate the truth behind the Department of Justice’s move to drop the criminal charges against retired Lt. Gen. Michael Flynn. 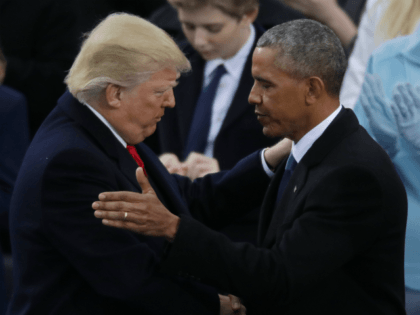 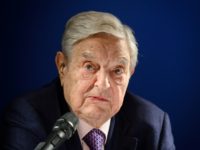 The editorial, which was published on Sunday, responded to Obama, who privately warned former administration officials that the “rule of law is at risk.”

In the leaked audio, obtained and reported by Yahoo News, Obama said Flynn was charged with perjury — a misstatement, as Trump’s former national security adviser was actually charged with making false statements to the FBI about his conversations with a Russian envoy. He also said Flynn is “getting off scot-free.”

“Even discounting for Mr. Obama’s partisan audience, this gets the case willfully wrong,” the editorial board wrote. “Mr. Flynn was never charged with perjury, which is lying under oath in a legal proceeding. Mr. Flynn pleaded guilty to a single count of lying to the FBI in a meeting at the White House on Jan. 24, 2017 that he was led to believe was a friendly chat among colleagues.”

After switching legal teams, Flynn told the court in January that he was “innocent of this crime” of lying to federal agents. He filed to withdraw his guilty plea after the Justice Department asked the judge to sentence him to up to six months in prison — though afterward, the department said probation would also be appropriate. His lead attorney, Sidney Powell, pressed for the dismissal of his case by arguing that the FBI unfairly treated Flynn.

The Justice Department filed to dismiss the charges against Flynn on Thursday, agreeing with Flynn’s attorneys that his interview with the FBI should never have taken place because his conversations with the Russian diplomat were “entirely appropriate.” The federal judge overseeing the case will make the final decision on whether to dismiss it.

As for Obama’s talk of Flynn getting “getting off ‘scot-free,'” the editorial board said, “That better applies to former President Bill Clinton who lied under oath in a civil case and was impeached for perjury but was acquitted by the Senate. We understand why Mr. Obama wouldn’t bring that up.”

The editorial board also questioned whether Obama is feeling the heat from U.S. Attorney John Durham’s criminal investigation into the Russia inquiry.

“This among other things is what U.S. Attorney John Durham is investigating at the request of Attorney General William Barr. Maybe that’s why Mr. Obama is so eager to distort the truth of the Flynn prosecution,” they concluded.