Dreck from SBS. Your taxes pay for this propaganda. Let that sink in. You pay for this. Your money. Funds this.

The family of an Australian woman who is being held in a Syrian camp after living under the Islamic State say they are hopeful the UK court ruling will set a precedent.

Douglas Murray: ‘If she returns then Shamima Begum will never leave Britain.’ 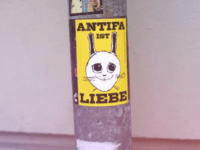 Urumqi, the capital city of China’s Xinjiang province, abruptly went into coronavirus lockdown on Thursday after five new infections were detected, three of them asymptomatic.

The Xinjiang Health Commission claimed they were the first new coronavirus cases the entire province has experienced in 149 days, but the severity of the response – and the sudden deletion of the social media post claiming Xinjiang has been virus-free for 149 days – raised suspicions that the situation is once again more serious than the Chinese Communist Party (CCP) wants to admit. 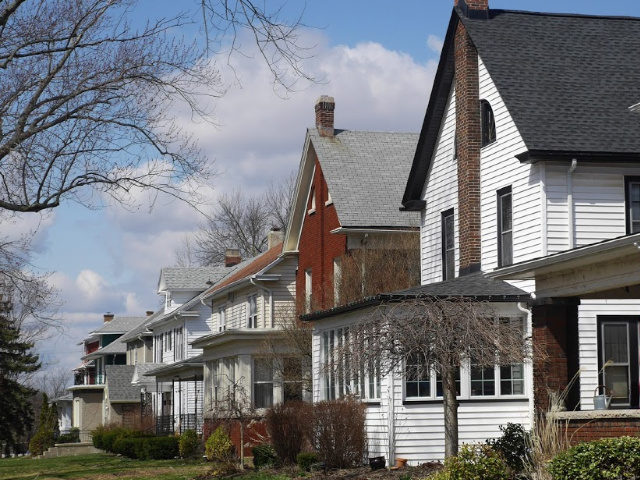 The desperate liars at NBC News are comparing President Trump to Democrat-segregationist George Wallace because he wants to protect America’s suburbs.

Using the cynically dishonest politics of envy, it’s easy to corrupt, and by extension, control the lower economic class. The wealthy, of course, are even easier to corrupt. They are filled with ambition and want, they have something to lose, they have already proven their desire for power.

Even easier to corrupt are the wealthy who did not earn their wealth, the second-generation wealthy filled with guilt and inadequacy (see: Harry, Prince)

Those of us in the middle class, though, are generally pretty happy, pretty satisfied — which makes us dangerous. We’re materially comfortable, we have no desire to climb the corporate ladder, we’re happy with what we have, which makes us hard to bribe; and we just want to be left alone — and that’s why we get the hell out of these cesspool cities run by Democrats — these failed totalitarian states filled with crime, social unrest, terrible schools, high taxes, and busybody bureaucrats empowered by over-regulation.

That’s our sin: we just want to be left alone.

So we flee far from the controlling  grasp of the left — either to Rural America and to the suburbs, and Joe Biden intends to destroy all of that, starting with the suburbs.

The malevolent plan, which was first hatched by the malevolent Obama administration, is, well, malevolent, and the program’s Orwellian name is Affirmatively Furthering Fair Housing, or AFFH for short (here’s an excellent primer).

The idea is simple: allow nearby cities to annex, and by extension, regulate and control the suburbs. Suddenly your taxes increase.

Suddenly the Democrats who have destroyed countless Democrat-run cities now have the power, primarily through zoning laws, to tax and regulate the suburbs. And suddenly you have state and federal bureaucrats (invited by the state) running around accusing you of segregation and looking to fix that — not by lifting up minorities (which is the last thing Democrats are interested in), but by way of laws that, for instance, end restrictions against housing projects, halfway houses, low-income housing, and multiple-family units.

And then begins what is essentially a forced relocation of people from the city to the suburbs, and with them all the city’s dysfunctional problems. And say goodbye to your property values because no matter where you live, no matter the color of anyone’s skin, nothing destroys the value of your home more than nearby rental units, mostly especially public housing.

The push to discourage suburban and rural life, to herd us into Democrat-run cities, is already on. Talk to any builder about the onerous regulations involved in building outside a city; for instance, how issues involving drinking water and septic systems seem to deliberately border on the impossible.

I’m not personally worried about being annexed by a city, but even if my town decides to annex me (I’m right on the border) that will definitely mean high property taxes and will probably mean giving up my septic tank and well water, all of which is now  free — but won’t be when the government provides it. Other regulations will also hurt my quality of life. For instance, you cannot discharge a firearm in town limits, so no more target shooting, etc.

We just want to be left alone.

I’m fine paying to have my own septic pumped every couple for years. I’m fine paying for repairing the well pump, if necessary, and taking my own garbage to the dump every week.  I just want to be left alone.

But of course, Joe Biden and the leftist cabal who will control him will never allow that, and the sheep’s clothing Democrats and fake media outlets like NBC News are using to push AFFH and demonize its critics, like Trump, is race and racism.

“We’re just trying to fix segregation,” they say as they dig their toe in the dirt. “Everyone hates segregation, right?”

Well, of course, Americans hate segregation, but that’s not what happened. There is no forced segregation in America. People just choose to live among their own, and if the left was at all sincere about creating an environment that allowed the lower economic classes to move to the suburbs, they would decrease their regulatory bureaucracy, which would bring down the cost of housing outside the cities. Instead, they deliberately do the opposite to discourage life outside Democrat-run cities.

And instead of revealing the malevolent truth about AFFH, the liars in the corporate media, and today at NBC News, publish lies like this (to help stop the spread of fake news, I do not link fake news):

Trump bases the claim on the presumptive Democratic nominee’s support for an Obama-era rule designed to combat racial discrimination in housing.

“His campaign sounds more like George Wallace than Ronald Reagan,” Democratic strategist Michael Starr Hopkins said. “His message is clear: ‘Elect me and I’ll keep Black people out of your neighborhoods and out of your schools.’”

[If he suburbs]  can generally be looked at as areas around major metropolitan areas with more wealth and less housing density, it is accurate to say the racial composition of suburbs has changed significantly over time. In 2018, Pew reported that the white share of the population in suburban counties had fallen 8 percent, to 68 percent, since 2000.

At the same time, communities within suburbia remain segregated — for a complex set of reasons. Obama’s policy, and Trump’s effort to defeat it, are evidence of that.

There is no racial bias in the suburbs. The fact that white people prefer living outside Democrat-run cities in numbers greater than racial minorities, who prefer urban life, is proof of nothing more than preference.

My wife and I have lived in a small North Carolina town for 20 years now. She’s not white. We’re in an interracial marriage and there has never been a problem. I had black neighbors until a few years ago.

For years, my wife and I lived in a Milwaukee suburb. No problems.

I’m not happy with this self-segregation. I think it’s bad for the country. If we got to know each other better, there might not be all these riots and division. But Joe Biden is not looking to fix a racial injustice or to bring us together. AFFH is a means to destroy a way of life, to control and unravel the “bourgeois” middle class, to create further animosity between the races as suburbanites are accused of racism for worrying about their property values — for objecting to anything that would damage the home they have invested their entire future in.

The only people suburbanites and those of us in Rural America want no part of are the leftist crybullies and busybodies who make everything worse.