Donald Trump in Georgia: ‘Lock Up the Bidens’

“He appeared to be joking.” – What if he wasn’t joking?

President Donald Trump told a rally crowd in Macon, Georgia, on Friday: “Lock up the Bidens.” He appeared to be joking.

Hunter Biden is facing fresh questions over business dealing in yet another nation — Kazakhstan.

Between 2012 and 2014 — when his father Joe Biden served as Vice President — Hunter Biden worked as a go-between to Kenes Rakishev, a Kazakh oligarch with close ties to the country’s longtime kleptocratic leader Nursultan Nazarbayev, The Daily Mail reported.

The British tabloid said they obtained emails from “anti-corruption campaigners” in Kazakhstan showing Hunter making contact with Rakishev and attempting to facilitate investment for his cash in New York, Washington DC and a Nevada mining company. 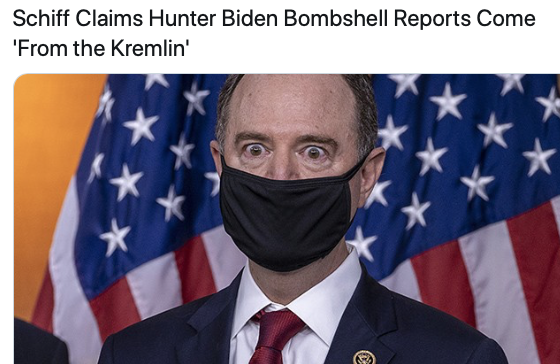 Shifty Schiff must have something up his a$$, look how his eyes are bulging out!