That’s a fake apology. The mosque should be shut down along with all others that are preaching jihad. The terror comes from the mosque. 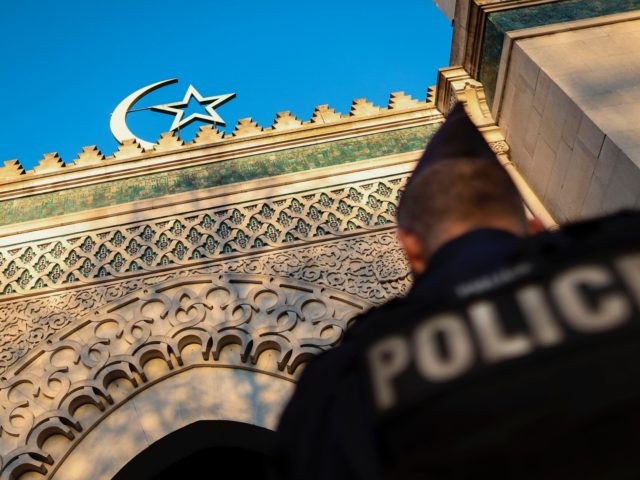 A mosque in Paris has apologised for sharing a video from a parent who called for a ‘mobilisation’ campaign against Samuel Paty, a teacher who was beheaded after showing his class a caricature of the Islamic prophet Mohammed shortly afterwards.

On Sunday, the leader of the Pantin mosque in Paris, M’hammed Henniche, admitted to sharing the video, which detailed the terror victim’s identity and address. Following the dissemination of the video, Paty was beheaded in an Islamic attack believed to have been committed by 18-year-old Chechen migrant Abdoulakh Anzorov.

In hindsight, given what happened we regret having published it. We are now exploring how in the future we can take a step back before getting carried away with things like that,” the mosque leader said per FranceTVInfo.

“Nobody, really nobody, could imagine, on October 9 when I posted it, that it would end with this killing,” he added.

Henniche claimed that the video was widely shared through Muslim circles in the city, telling the French newspaper Libération: “At least ten people sent it to me. It circulated a lot, especially through WhatsApp groups.”

Following the Islamic attack, the mosque deleted the video from its Facebook page and called for its members to join tribute rallies for the victim.

On Monday, the social media campaign against Paty was described by the French Minister of the Interior, Gérald Darmanin, as a “Fatwa”.

“They obviously launched a Fatwa against the professor,” he told the Europe One radio station.

Darmanin said that the government has opened “more than 80 investigations” have been launched against those who said that Paty got what he deserved for showing the cartoon of the Islamic prophet in class.

The video was reportedly made by Brahim Chnina, a parent of a 13-year-old girl in Mr Paty’s class.

According to the conservative French magazine Valeurs Actuelles, the father described Mr Paty as a “thug” and shared his identity and address on social media, while calling for a protest campaign against the teacher.

In the video, Chnina reportedly said: “This professor says, while bragging to my daughter, that he took part in the walk for Charlie [Hebdo]. You love your prophet, peace be upon him. You have the address and name of the teacher to say STOP.”

“This thug should not remain in the national education system. He must no longer educate children. He must go and educate himself,” he added.

Chnina was arrested alongside Islamic activist Abdelhakim Sefraoui, as well as several family members of the suspected attacker.

France’s anti-terrorism prosecutor, Jean-Jean-François Ricard, confirmed on Friday that one of the parents at the school launched a “mobilisation” effort against the teacher for showing the Charlie Hebdo caricature of the Islamic prophet, The Times reported.

Ricard said that the suspected killer — Moscow-born, 18-year-old Chechen migrant, Abdoulakh Anzorov — came to France as a refugee and was granted a residence permit in March. He said that Anzorov was not known to security services prior to the attack.

Mr Ricard also revealed that Anzorov’s half-sister had travelled to Syria in 2014 to join ISIS and was under investigation by French anti-terrorist police.

One of the suspects arrested after the attack is also believed to have a relative who was a member of the so-called Islamic State, according to France 24.

Ricard said that one of the messages read: “In the name of Allah the most gracious, the most merciful… to Macron, leader of the infidels, I have executed one of your hell-hounds who dared to belittle Muhammad.”

French police said that witnesses heard the migrant terrorist shouting “Allahu Akbar” as he carried out the attack.