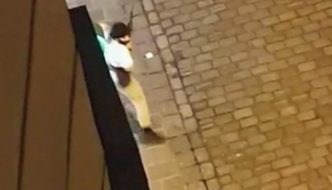 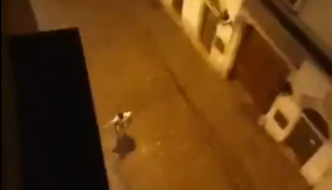 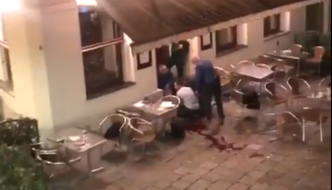 Video from Vienna: Bloody scene at restaurant near synagogue, may be kosher restaurant 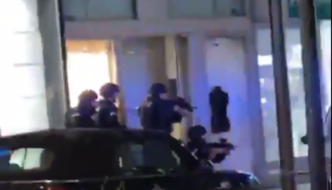 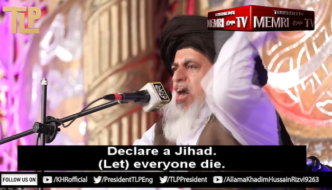 Muslim cleric calls on Pakistan to nuke France over cartoons: ‘Declare a jihad. Let everyone die.’

There might be blowback. But that’s okay. Koranimals are conditioned to kill & die for their religion. Why not help them along? 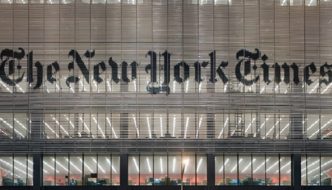 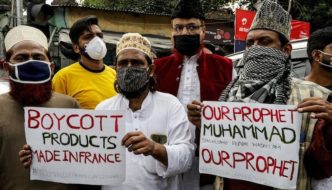 There have been reports that AP deleted its tweet of this article, but the article itself is still available. AP here reflects the common Western assumption that whenever Muslims behave violently, it is the fault of non-Muslims.

In an odd manifestation of unconscious ethnocentrism and paternalism, “journalists” such as Angela Charlton assume that Muslims are passive beings who can do nothing but react to what non-Muslims do. The possibility that they might have reasons of their own to do what they do, reasons that have nothing to do with what non-Muslims are doing.

Those who have more respect for Muslims as human beings understand that a key reason for the recent jihad violence in France is not memories of French colonialism, but the fact that Islam mandates death for non-Muslim subjects of the Islamic state who mention “something impermissible about Allah, the Prophet (Allah bless him and give him peace), or Islam” (‘Umdat al-Salik, o11.10), and such laws are based upon passages in the Hadith and Sira in which Muhammad orders the murders of people who have insulted him.

These include Abu Afak, who was over one hundred years old, and the poetess Asma bint Marwan. Abu Afak was killed in his sleep, in response to Muhammad’s question, “Who will avenge me on this scoundrel?” Similarly, Muhammad on another occasion cried out, “Will no one rid me of this daughter of Marwan?” One of his followers, Umayr ibn Adi, went to her house that night, where he found her sleeping next to her children. The youngest, a nursing babe, was in her arms. But that didn’t stop Umayr from murdering her and the baby as well. Muhammad commended him: “You have done a great service to Allah and His Messenger, Umayr!” (Ibn Ishaq, 674-676)

Likewise the popular fatwa website Islam QA once called for death for blasphemers, but has now taken that page down. On it, it used both Qur’an and Hadith to make its argument. “The scholars are unanimously agreed,” the site explained, “that a Muslim who insults the Prophet (peace and blessings of Allaah be upon him) becomes a kaafir [unbeliever] and an apostate who is to be executed. This consensus was narrated by more than one of the scholars, such as Imaam Ishaaq ibn Raahawayh, Ibn al-Mundhir, al-Qaadi ‘Iyaad, al-Khattaabi and others.” 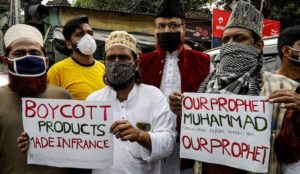 PARIS (AP) — Many countries, especially in the democratic West, champion freedom of expression and allow publications that lampoon Islam’s prophet. So why is France singled out for protests and calls for boycotts across the Muslim world, and so often the target of deadly violence from the extremist margins?

Its brutal colonial past, staunch secular policies and tough-talking president who is seen as insensitive toward the Muslim faith all play a role….

Much of the current anger stems from the recent republication by French satirical newspaper weekly Charlie Hebdo of caricatures depicting the Prophet Muhammad. The cartoon images of Islam’s founder deeply offended many Muslims, who see them as sacrilegious. But the cartoons were originally published in Denmark in 2005, and similar images have been published in other countries that hold freedom of expression dear.

While French officials often say their country is targeted because of its reputation as the cradle of human rights and a rampart of global democracy, what distinguishes France most is its unusual attachment to secularism….

As the number of Muslim in France grew, the state imposed secular rules on their practices. A 2004 banning Muslim headscarves and other ostentatious religious symbols in schools remains divisive, if not shocking to many outside France. A 2011 law banning face veils made Muslims feel stigmatized anew….

2 thoughts on “Jihad in Austria”