Fraudci’s Unextraordinary Lies Are Those of the Expert Class

America is not the only country to embrace a single medical figure as the face of the pandemic response or to build a cult around their guru.

Fauci was one of the more mediocre figures of this group with less responsibility and more face time than most. For lockdown and mask advocates, he became the avatar of science. For opponents of these measures, he became the lying monster behind them.

HELL NO. This is America!

Fraudci jasked Americans to cancel Christmas. He said, “…it’s just one of those things you’re going to have to accept.” He reported he would not even allow his own three daughters to come home for Christmas this year. He wants all Americans to “painfully” isolate. He says he and his wife will be spending the holiday alone.

Now they're going to start saying that we can't re-open until COVID has been eradicated from the entire planet. Since that will never happen, we will never re-open if we wait for that outcome. “A Global Problem Calls for Collective Action” https://t.co/Ep7R81YnGS 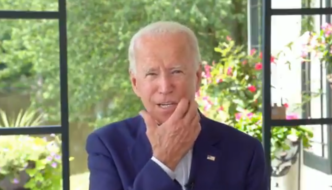 2 thoughts on “We will never reopen. It’s time to revolt.”