Trump DID NOT concede.

F*kc civility. F*kc Twitter’s phoney “community standards”.  The only standards they got are double standards. 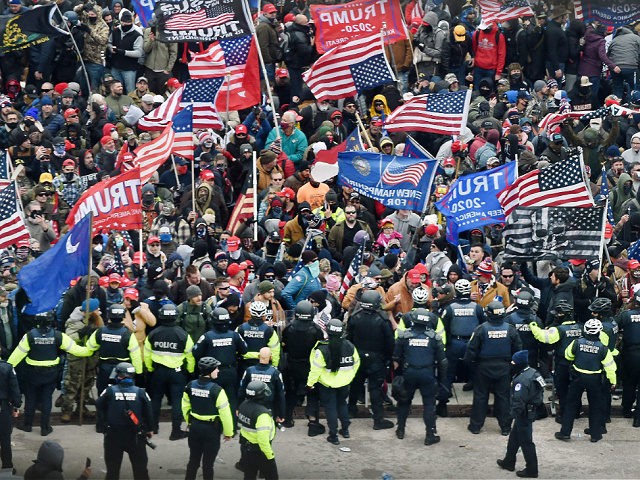 Twitter erupted in calls for retribution on Wednesday, as accounts bearing the social network’s stamp of approval — the blue “verified” checkmark — called for Trump supporters to be shot.

This was far worse than just voter fraud. It’s not a conspiracy either. This is an extremely well organized coup d’etat.

The media, having championed lawlessness for months, has now come out against lawlessness, apparently because it’s not the right kind of lawlessness. These are the bankrupt moral arbiters of our society.

The woman who was shot in the neck and killed inside the Capitol building on Wednesday afternoon has been identified as Ashli Babbitt, a 14-year veteran who served four tours with the U.S. Airforce. 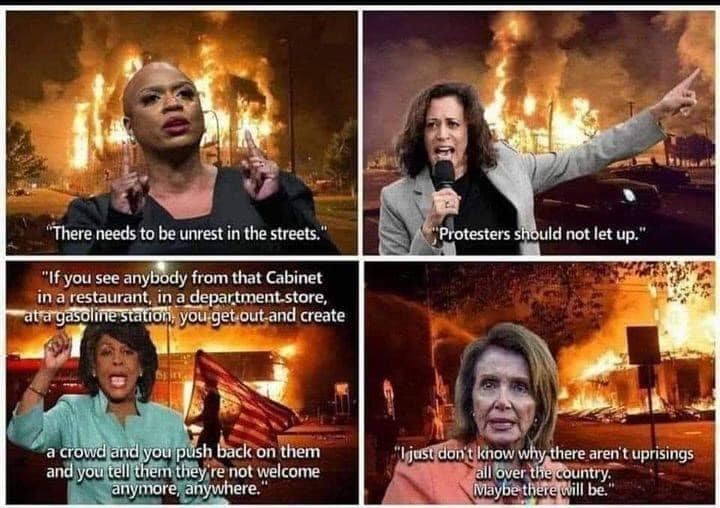 Stop the psychobabble about “overturning an election”.

It’s about fraud. It’s about the swamp defrauding the elected president of his second term. Its a coup d’état!

This clown let’s them in & shows them the way:

Fraud does not make Biden President

Holy shit. Matt Gaetz just said, "some of the people who breached the Capitol today were not Trump supporters, they were masquerading as Trump supporters and in fact were members of the violent terrorist group antifa." pic.twitter.com/nKYecLmQEX

"The Democrats and their allies have not allowed us to see one machine or one paper ballot," @RudyGiuliani said in DC during rally.

"Now, if they ran such a clean election, why wouldn't they make all the machines available immediately?"

TRUMP Lashes Out at Judas Pence for his betrayal: 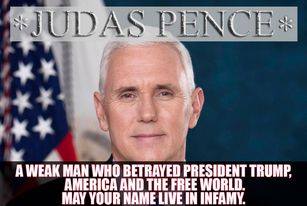 As Trump spoke at his Save America Rally, Judas Pence released a letter to Congress that made clear he would not do what Trump wanted which was to not certify electoral votes where massive electoral fraud has taken place.
.
“It is my considered judgment that my oath to support and defend the Constitution constrains me from claiming unilateral authority to determine which electoral votes should be counted and which should not,”
.
This fake constitutional assessment has been rubbished by Trumps constitutional lawyers and Pence’s betrayal of his President will live in infamy, the Vice President who assisted a coup to destroy the republic.

Fraudulent practices in the US election suit the global elite

.
Maurice Newman The Spectator Australia 9 January 2021
.
Tammany Hall was the Democratic Party’s political machine which played a major role in controlling New York City politics from the 1790s to the 1960s. It cultivated the votes of migrants using carrots and sticks, much like in sanctuary cities today. These tactics have kept states like New York, California and Illinois, Democrat strongholds for decades.
.
Lawrence Reed, president emeritus of the Foundation for Economic Education, described Tammany as ‘frightening in its reach and corrupt to the core. It was a patronage juggernaut, at one time filling 12,000 municipal positions with its hand-picked, often incompetent, but always politically correct, loyalists. It milked the taxpayers like cows, took care of its own, and turned out the votes of its followers, living and dead, on election day. For decades, it thwarted reform efforts by buying the reformers. It did more than just rig the system; it was the system.’ ‘You can’t fight Tammany Hall’ became a byword.
These practices appear to live on. Donald Trump is the first president in history not to be re-elected after receiving an increased vote.
.
Not even 1,000 sworn affidavits by eyewitnesses testifying to serious electoral fraud, missing data logs and compelling CCTV footage, proved sufficient to sway legislators or, the courts. It seems the American constitution has been subverted by the combined might of the Democratic Party machine, intimidated judges, Big Tech, Big Media, billionaire cronies and possible Chinese collusion.
Those inclined to dismiss this analysis as delusional should ponder pollster Patrick Basham’s analysis that, ‘Rejection rates, which in the primaries earlier this year were well into the double-digits and which historically have often been very, very, high in these key swing states, or at least in the key swing counties, we’re seeing rejection rates of less than one percent, often very close to zero. Given the increase in absentee balloting and the lack of experience that most of the new voters and those doing the counting would have with those ballots, it is implausible, to put it politely, that that figure would be as low as it was.’ Even so, major mainstream and social media platforms insist allegations of fraud are vexatious, a view rejected by nearly half of likely voters, including a third of Democrats, who, according to a recent Rasmussen poll, believe the election was stolen from Trump.
.
But, with Biden as president, there will be no relentless witch-hunt into possible foreign interference like that waged by the FBI to overthrow Donald Trump. Nor an inquiry into voting systems. The collective view of the global elite is that legitimacy and civility have been restored to the White House. In the tradition of Tammany, it will treat with customary contempt, those 74 million voters who tolerated Trump’s crass behaviour at home and abroad as a necessary price to pay for exposing scandals like NATO underpayments, the Paris climate agreement, lop-sided trade deals, illegal migration, drug cartel terrorism and monopolistic business practices.
.
It’s why so many world leaders wanted Trump gone and why a sanctimonious Wall Street gave Democrats twice what it gave Republicans. It is why Silicon Valley employees contributed nearly 20 times more to Biden than to Trump. They want a more obedient administration.
.
Clearly, Joe Biden was their Trojan horse. Locked away in his basement, with tele-prompters at the ready and only tame journalists given access, ‘Uncle Joe’ was a cardboard cutout with no ability to cut through. That running was left to Wall Street, Big Media, Big Tech and to China. With the election won, ‘pay for play’ allegations implicating the president-elect and his son are no longer being buried.
.
Meanwhile the Biden cabinet is a testament to his sponsors. Radical-left congresswoman, Deb Haaland, leads his ‘climate team.’ She has repeatedly called for an all-out ban on fracking. The selection of two Black Rock executives is also instructive. Black Rock is the world’s largest asset manager. It is quitting investments in coal production and votes against corporate boards and management who, in its opinion, aren’t making sufficient progress in the fight against climate change.
.
Their collective interests align with the ‘reset of capitalism’ goal, championed by the United Nations and other power brokers with deep vested interests in a global environmental oligopoly. Under the cover of ‘better and fairer outcomes’ they want to enforce change through a ‘Fourth Industrial Revolution.’
.
It is authoritarianism’s latest attempt to supplant democracy using apocalyptic climate change as the stick and, monetary policy as the carrot. It aims to break the business-as-usual model drawing on lessons from COVID to control public behaviour, using companies as the instruments of social change through ‘control without ownership.’
.
While climate takes a temporary back seat to the pandemic, ideologically driven governments and unaccountable central bankers, have been busy corrupting markets and nationalising risks. So massive are the economic and financial distortions they have created, that the world, including America, has become a virtual command economy. Excess liquidity and money supply growth are at historic highs. Stock market capitalisation as a percentage of global GDP has broken all records. ‘Better and fairer outcomes?’ Only for those who own shares or other assets. Globalisation and reckless monetary and fiscal policies favour the rich and well-connected, not the poor.
.
There can be no painless retreat from this recklessness. Only more interventions and increasing surrender of sovereignty to handpicked unelected global experts. With Trump gone, recalcitrants like India and Brazil will be increasingly bullied into adopting growth-limiting ‘environmental imperatives’ for their post-COVID recovery plans. Meanwhile China, the world’s largest CO2 emitter by far, grows its emissions to its heart’s content.

2 thoughts on “Twitter communists: ‘Just F**ing Shoot Them All’”