What do you call a government that does everything it can to criminalize American life, liberty, and property – but at the same time releases violent criminals and opens the border? 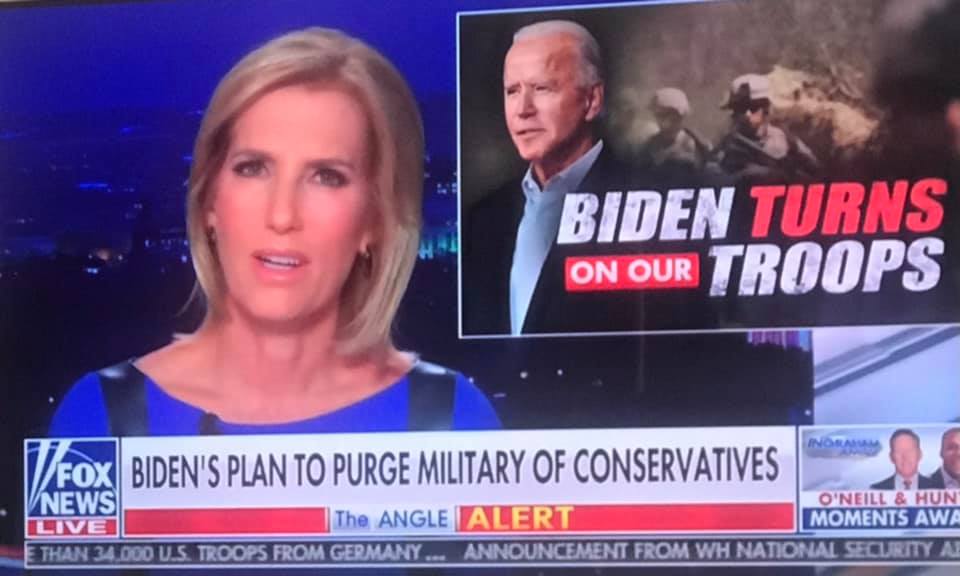 The US Military is being stood down to purge Conservatives from their ranks. How long will Americans put up with this unbelievable crackdown? The steel bands of authoritarianism are tightening with the signing of every Executive Order. The land of the free is looking like the land of the oppressed as each day passes.
.
“President Biden’s newly appointed Pentagon chief Wednesday issued a “stand down” for the next 60 days, ordering military leaders to spend time talking to troops in an effort to weed out extremism in their ranks, after it came to light that a number of former and current military members participated in the riot at the U.S. Capitol last month.” Source Fox News
***

Unite and Heal With Show Trials and Fascist Purges

Enjoy unity at gunpoint in the Bidenist banana republic.

Joe Biden has called for “unity” and “healing”. And nobody knows as much about healing as Joe whose wife has a doctorate in education from the university that hosts his Biden Institute and the Beau Biden Foundation which was charging $3K for lessons on preventing online child sex grooming even as Hunter’s laptop with the Foundation’s sticker allegedly showed him doing it.

Except maybe Joe’s brother who took out $650,000 in personal loans from a company that bankrupted local hospitals while trading on his brother’s name and connections to his campaign.

“I think it has to happen,” Biden said, mandating the show impeachment trial of his predecessor.

A Tsunami of Hate

There is one party that seeks to demonize, criminalize and extinguish dissent.

The problem is not that we disagree. We are not suffering as a nation from healthy disagreement. We are suffering from a Tsunami of Hate emanating from the Democrat Party that seeks to demonize, criminalize and extinguish dissent from the 75 million supporters of Donald Trump. It is now official Washington dogma that to question an election result – something the congressional Democrats have done in the face of every Republican presidential victory since 2000 – is now “insurrection” and “domestic terrorism,” or the incitement thereto, and needs to be prosecuted and suppressed.

Why did Bank of America just go through customer records to target Trump supporters and illegally give that info to the FBI?