Joe Biden has a Medal of Honor, four Nobel peace prizes, cured cancer and aids in his first few weeks in office.

Bet no matter how many times this is retweeted and shared, you won’t see ONE “fact check” or “false information warning” on it.

Here in Oz, the Left is trying to silence and cancel Craig Kelly, much as Aung San Suu Kyi has been silenced in Myanmar.

The Biden regime confirms illegal aliens convicted of assault or rape will not be deported.

Masks failed us. If masks worked,  COVID spread would have ended last summer.

You know an election is honest and valid when social media steps in to silence people from talking about it.

So far Republicans have only talked about doing something about digital censorship. Florida governor @RonDeSantisFL has taken action, supplying a model for GOP states across the country.

Sen. Rand Paul called it a ‘partisan farce’ since 45 Republicans have said trial is unconstitutional.

#Trump will be declared “guilty as charged”.

in impeachment trials, there is no “impartiality” in the jury- a MAJOR basis of our criminal justice system. “Guilty” is a manifestation of partisanship. That’s it. 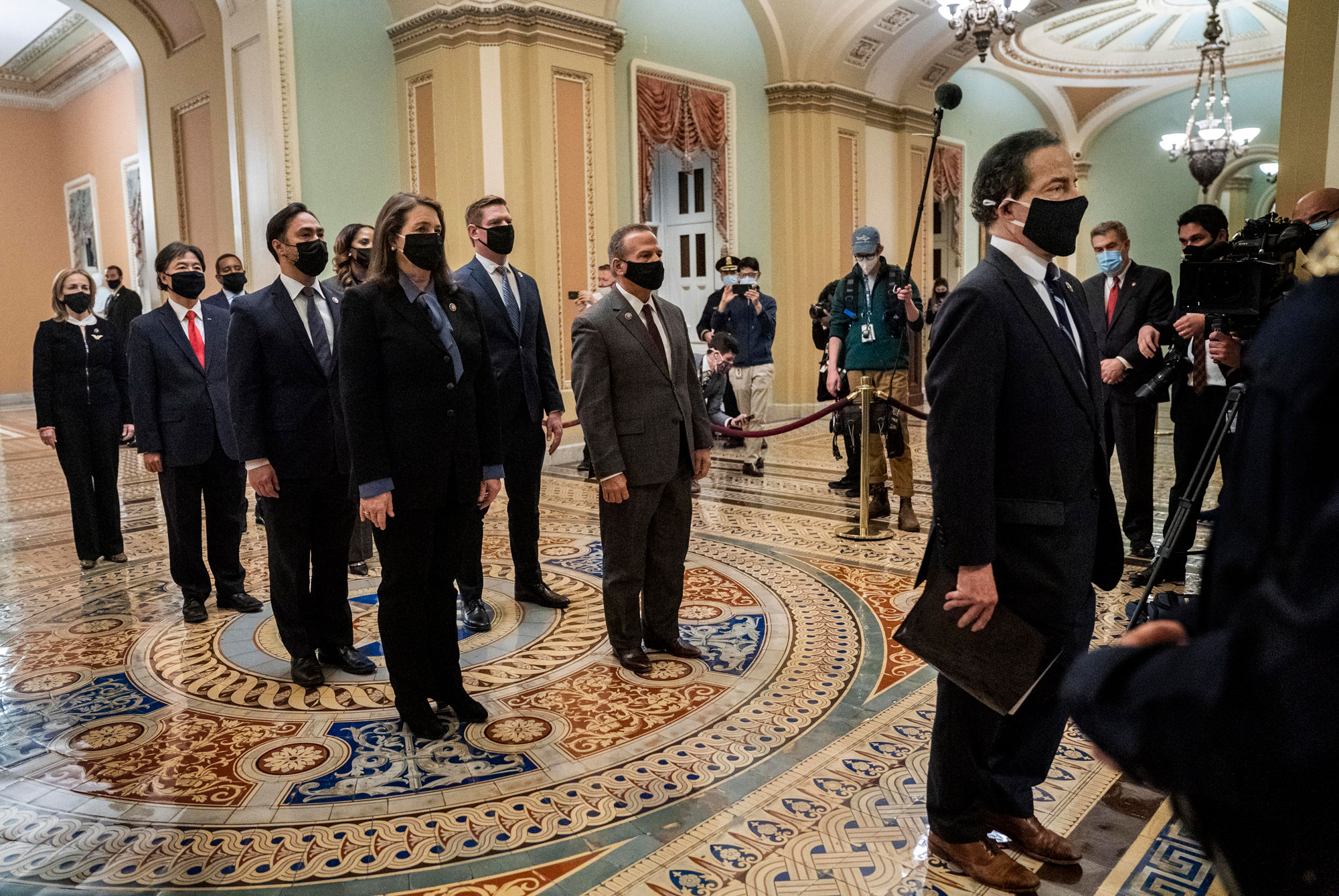 House impeachment managers walk to deliver the article of impeachment to the Senate on Capitol Hill on January 25 in Washington DC.

Documenting leftist aggression becomes a crime under the Biden regime.

One thought on “Thoughts for Today”