DE- INDUSTRIALISATION is the plan.

One of Merkel’s closest advisors is Soros agent Gerald Knaus. If you can get a significant part of the planet to believe in faux climate change, a faux pandemic might be just what’s needed to put themselves out of business & out of existence.

Who is Behind ‘The Merkel Plan’ and EU Refugee Policy

In an ironic twist, a Paris court has convicted the French government of not upholding its commitments stemming from the Paris climate accord.

Without American money the climate racket comes to a screeching halt. 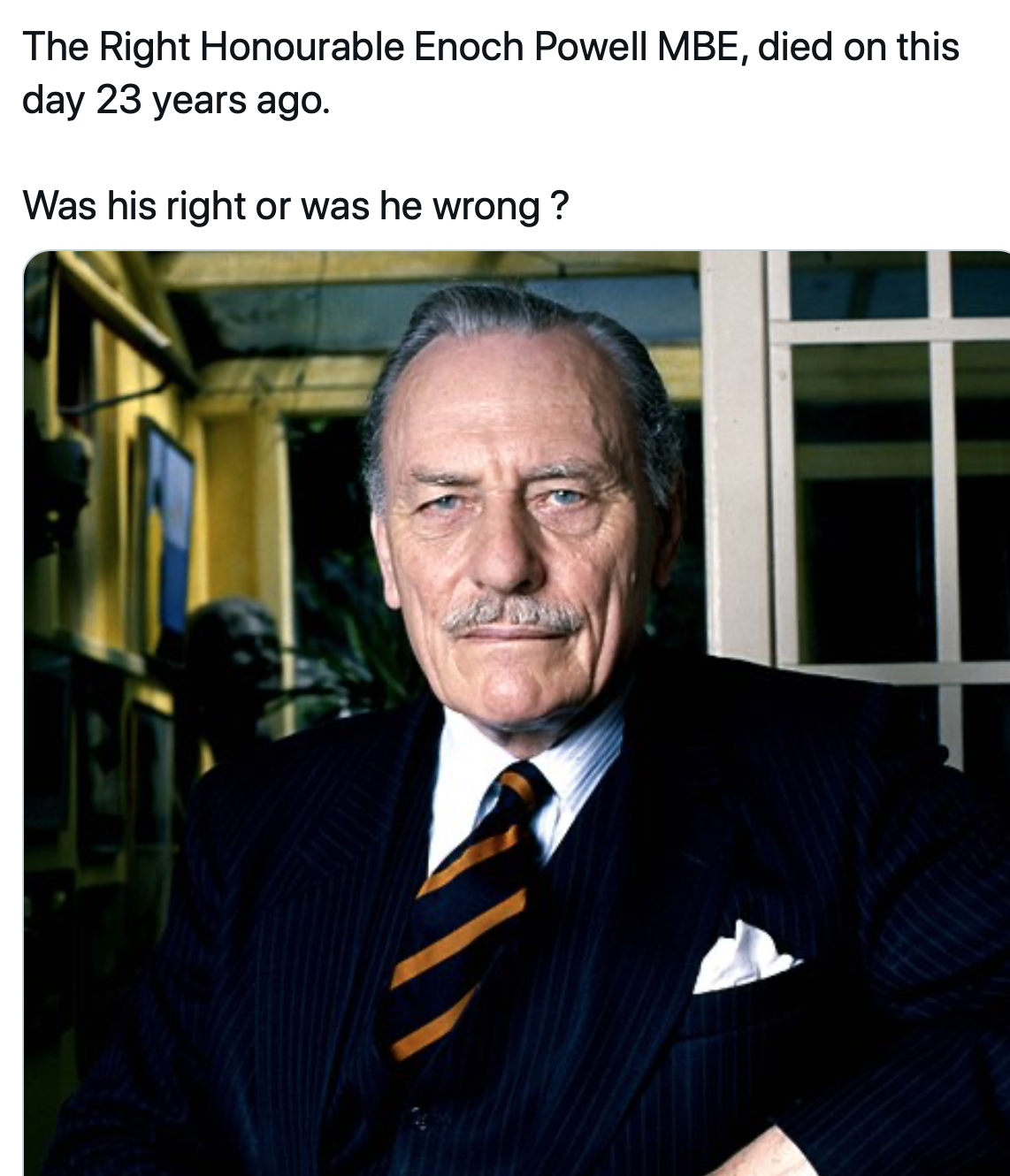 Enoch Powell on being called a “racist”.

Patreon bans Robert Spencer, claims Mastercard made them do it

Hard to say exactly why Shopify banned all trump stores. Could it be because President Trump tried to end slave labour camps in China by bringing jobs back to the USA where working conditions are the best? Or certainly better than a Uighur slave labour camp. One thing is fore sure. Its not cause of his stance on Global Warming since the owner of Spotify’s new Rockcliffe Park house has electrically heated walkways and driveways. That has to be worth a few Carbon credits and Gore’s CO2 casinos.

And once we open up that can-o-worms we find an enormous number of once private companies that have denied service to people who’s views interfered with the neo-Marxist agenda. As I understand it, that is fascism.

Coming back to the stolen election in the U.S.:

The good news is that this country is not run by Joe Biden, or by the condescending propagandists who present us with the “news.” The bad news is, it is run by oligarchs who have to rule from the shadows because they could not withstand public scrutiny without inspiring a rebellion.

Democratic elections are degenerating into theater. The purpose is to stage the illusion that we consent to what is being done to us. Elections are counterproductive if our rulers cannot control who wins. After 2016, they resolved not to tolerate any more backtalk from voters.

Many have wondered why the liberal elitists running Time admitted to the rigging of the 2020 election. As good a theory as any is that they were inspired by the recent Senate runoff elections in Georgia, which allowed them to take full control of the federal government. Raphael Warnockand Jon Ossoff, both terrible candidates, likely would not have won if not for conservatives staying home to protest election fraud.

This is what leftists want. The fewer patriots vote, the less interference is required. Short of civil war, there is nothing we can do but remain engaged, no matter how overpowering the smell of corruption.