This is ugly. The regime killed 114 of their own people in a day! 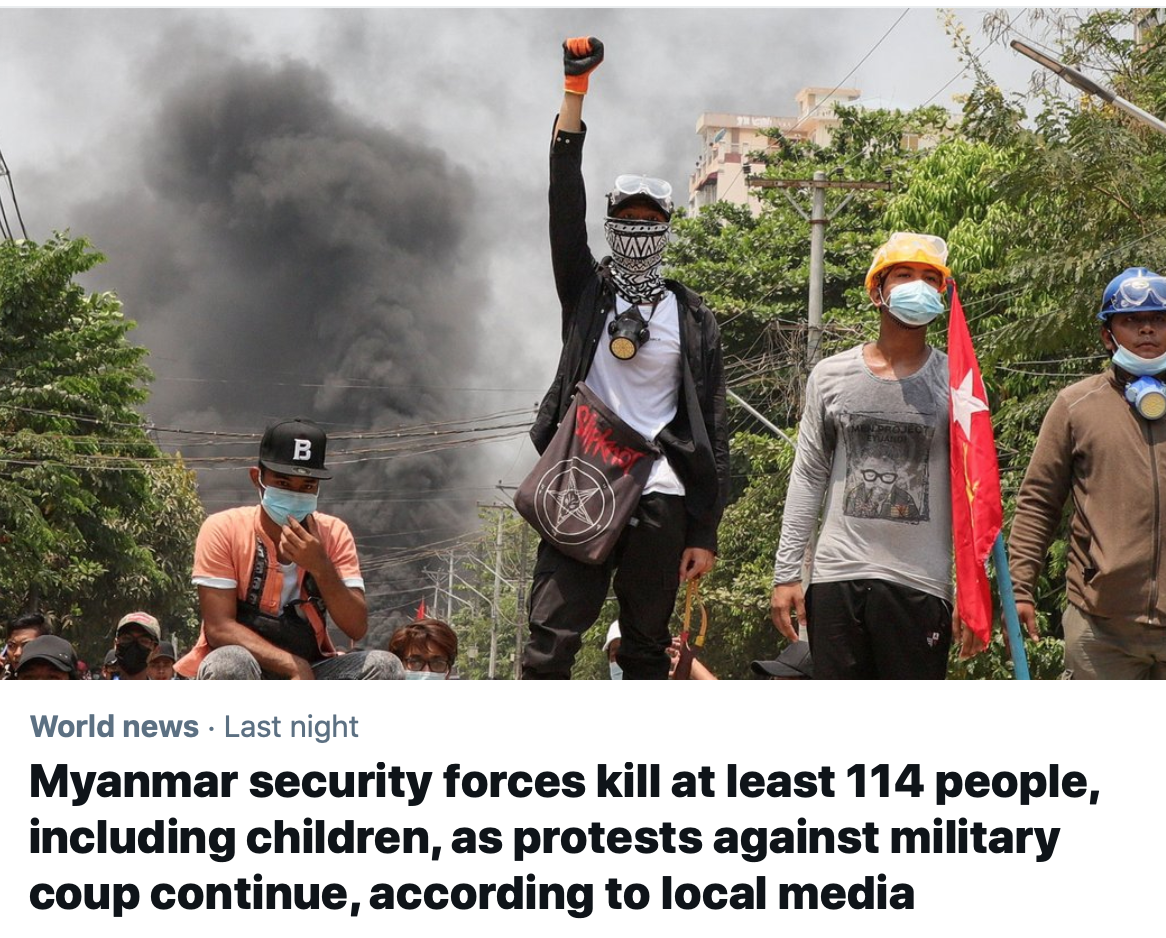 Thousands of protesters took to the streets across Myanmar on Saturday, as the country’s ruling military celebrated the annual Armed Forces Day holiday with a parade in Yangon. Security forces killed dozens of protesters in what local media is saying was the deadliest day since the military coup that took place last month. An estimated 400 people have been killed since early February. 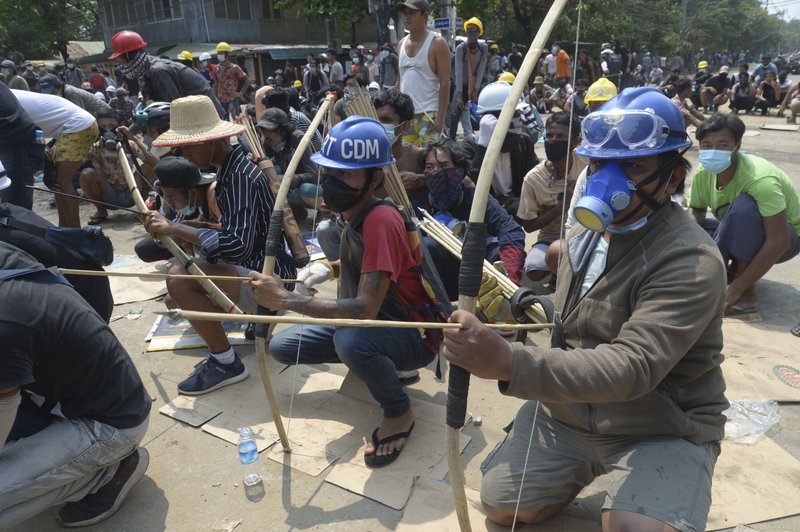 Anti-coup protesters prepare makeshift bow and arrows to confront police in Thaketa township Yangon, Myanmar, Saturday, March 27, 2021. The head of Myanmar’s junta on Saturday used the occasion of the country’s Armed Forces Day to try to justify the overthrow of the elected government of Aung San Suu Kyi, as protesters marked the holiday by calling for even bigger demonstrations. (AP Photo)
.

YANGON, Myanmar (AP) — As Myanmar’s military celebrated the annual Armed Forces Day holiday with a parade Saturday in the country’s capital, soldiers and police elsewhere killed scores of people while suppressing protests in the deadliest bloodletting since last month’s coup.

The online news site Myanmar Now reported late Saturday that the death toll had reached 114. A count issued by an independent researcher in Yangon who has been compiling near-real time death tolls put the total at 107, spread over more than two dozen cities and towns. That’s more than the previous high on March 14, which ranged from 74 to 90.

The killings quickly drew international condemnation, including a joint statement from the defense chiefs of 12 countries.

As horrific reports of the coup regime’s brutality are coming in, we have also been receiving images of large-scale anti-coup protests happening today. In Pale, in Sagaing, more than 100,000 people, including monks and nuns, estimated to have taken part. #WhatsHappeningInMyanmar pic.twitter.com/Rn63jFRE2S

2 thoughts on “Burma: mass- demonstrations against the regime”