It is just amazing how these crooks are exploiting the ignorance & the good-naturedness of the hated disbelievers. Mohammedans have no religious requirements when it comes to food. The food of Christians & Jews is generally permissible with the exception of pork & alcohol.  All a Moslem has to do is say “bismillah” and the grub is halal.

SBS.COM.AU
In a Brisbane immigration detention centre, this refugee says he struggles to access halal food.
This Afghan Muselmaniac is unassimilable, undesirable and in no way in need of refuge. His home is Afghanistan & he should be shipped back there asap.

A refugee in Brisbane immigration detention has shed light on his living conditions and accused the government of failing to provide sufficient halal food to Muslim detainees.

The Afghan refugee, who is referred to in court documents by a pseudonym, was transferred to Australia for medical treatment under the now-repealed Medevac legislation after spending years detained in Papua New Guinea.

In an affidavit filed in the Federal Circuit Court earlier this month, and seen by SBS News, he says he has not received appropriate medical treatment and his symptoms have worsened since arriving on the mainland. 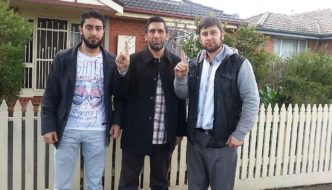 Wait a minute here. Pope Francis told me that authentic Islam and the proper reading of the Qur’an reject every form of violence. He must be right, no? So how did Ertunc and Samed Eriklioglu and Hanifi Halis get the crazy idea that they could or should advance Islam through violence? 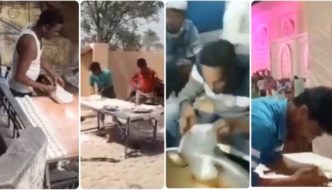 India: Four recent incidents of Muslims spitting on food of non-Muslims, one said he’d been doing it for years

Jihad contamination and poisoning attempts are not new. In India in 2019, Muslims plotted to poison food offered in a Hindu temple that is consumed by at least 40,000 devotees. Al-Qaeda has long considered the contamination of food as a jihad mass murder tactic. And in 2017, the Islamic State called on Muslims to poison food in Western supermarkets.