https://www.presstv.com/…/Swiss-Muslims-fear-growing-hate
.
Typically twisted Islamoprop from the mullah regime in Iran, a den of terrorists.
Mohammedan katzenjammer won’t stop until every woman is covered up from head to toe.

Muslim women across Europe are finding life more difficult amid growing Islamophobia. Switzerland is the most recent country to ban the niqab on the continent, forcing Muslim women to give up a key aspect of their faith by force.

Swiss Muslims have been the latest to feel the effects of hate, after a referendum passed banning all face coverings in public spaces. 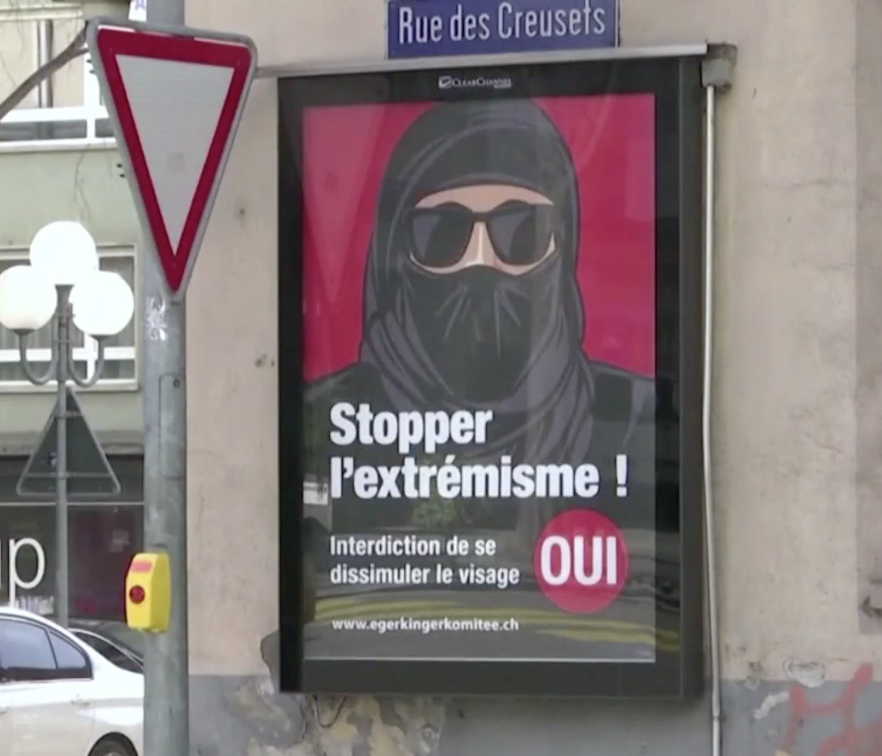 The ban isn’t the first anti-Islam move adopted by the Swiss, according to the Islamic Central Council of Switzerland.

Local campaigners and activists have vowed to fight back against the ban. However, with global Muslim attention fixed elsewhere, the defenders of Islam in Switzerland have yet to receive the support they deserve.

Reasons for banning the niqab vary from country to country, with some claiming it’s a security threat, while others say it offends western values. Whatever the excuse, the traumatizing affect the ban has on devout Muslim women has been made clear by those who suffer from its enforcement.