The proposal has sparked fury across France, with many stating that “American woke culture” was invading the nation. Left-wing deputy mayor of Paris, Audrey Pulvar, has said white people should “be asked to keep quiet and be silent spectators” when issues of racism are being discussed. She added: “People who suffer discrimination for the same reasons and in the same way feel the need to meet among themselves to discuss it.”

A FRENCH ban on white people discussing racism is being proposed by the deputy mayor of Paris who has declared white people “must keep quiet when racism is discussed”.

The debate has focused on the inroads made by the Black Lives Matter movement and other US cultural movements and the fear they are undermining French society.

In an interview on Europe 1 Radio, he said: “This rhetoric, always justifying the victim, leads to disaster. 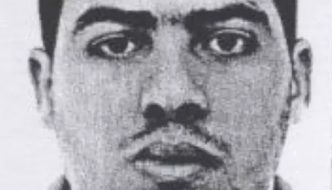 Welcome to the fruits of open-door immigration policies. The drug cartels have for quite some time been linked to the global jihad, for which drug sales have often been a lucrative financing source. The Moroccan drug trafficking ring has ties to al-Qaida of the Islamic Maghreb. Ditto for the South American drug cartels, which have been “transporting cocaine and marijuana from South America to Europe, via North Africa.”

The entire West is under a constant onslaught from jihadists via immigration and infiltration, while reckless Western leaders continue to enable them.

The term ‘Islamophobia’ was imposed by cunning Islamopropaganists with the aim of prohibiting any form of criticism of Islam, under the guise of a – fallacious – defense of the Muslim religion. The term ‘Islamophobia’ serves to introduce a ‘crime of blasphemy,’ which does not exist in our country. The consequences are  dramatic.”