Affirmative Action in the Sky

My gosh, what’s all the fuss about? Nothing wrong with a pilot who thinks that math, science, being on time, and proper grammar and spelling are social constructs that oppress and marginalizes minorities. I would feel so safe with a WOKE pilot as we crash into the side of a mountain. 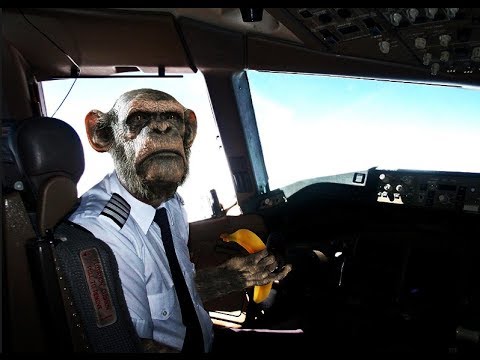 United Airlines said on Tuesday it wants women and people of color to make up at least half of the 5,000 pilots it plans to train this decade at its new flight school, a push to diversify a career traditionally dominated by white men.

Most people wouldn’t think twice about seeing a female or minority pilot — unless they have reason to suspect that the pilot has that position not due to being the most qualified for the job, but so as to satisfy a quota. In that case, they would be wise to hesitate before getting on the plane.

But what does public safety matter in comparison to the grand jihad against white men? Speaking of which,

Becoming a pilot can be a long and costly pursuit and the company is offering $1.2 million in academy scholarships.

The airline’s credit card partner, JPMorgan Chase, will fund another $1.2 million for women and people of color accepted to the academy, which expects to enroll 100 students this year.

Discriminating on the basis of race and sex is wrong — unless of course you are discriminating against white men, who serve the same role in liberal establishment ideology that Jews did in Nazi ideology.

By now even liberals inside their propaganda bubble know that Biden’s public relations campaign against the Georgia law is based on blatant lies. Georgia is no more restrictive than many blue states. The point is to demonstrate how severely anyone who puts up resistance to HR1 will be punished if the bill passes, institutionalizing voter fraud and establishing single party Democrat rule. This confirms that cheating is key to the Democrat game plan.

Some enterprising entrepreneur ought to start up Unwoke Airlines, with the stated policies of hiring pilots based on ability and staying out of politics. It would have no problem finding customers. But then, Big Government would crush it with the selective application of regulations and by denying it the subsidies showered upon its competitors.

2 thoughts on “No more Sully’s ever. Good luck with the first in-flight mayday call.”