Noah Green, US Capitol jihadist, was a supporter of ‘Nation of Islam’.

US law enforcement officials identified the suspect who attacked Capitol police officers as Noah Green, a 25-year-old who described himself as a follower of the ‘Nation of Islam’. Green recently posted on his Facebook account, which has now been taken down by the social media network…..

Race is relevant to the ABC only when whites are the villains: The US Capitol riots showed what a ‘bunch of entitled white people’ can do; But race is not mentioned when the villain is a black Muslim:A US Police officer has been killed after a man rammed a car into two officers at a barricade outside the US Capitol. 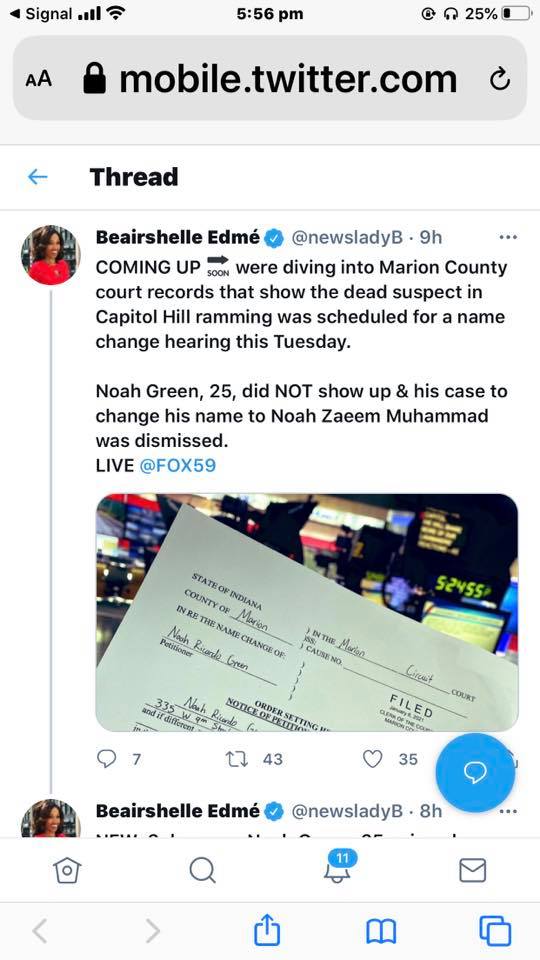 MANCHESTEREVENINGNEWS.CO.UK
.
“Taxi driver and Muslim preacher Abdul Rauf, 51, was convicted of trafficking and conspiracy to engage in sexual activity with a child.
The court heard how the father-of-five trafficked a 15-year-old girl for sex, driving her to secluded areas to have sex with her in his taxi and ferry her to a flat in Rochdale where he and others had sex with her.

One thought on “Noah Green was a Farraklown Soldier”