We have seen this again and again, innumerable times over the years: with Islamic supremacists, it’s always the infidel’s fault, even the infidel victims of jihad violence. They never, ever, not once, have taken responsibility for the violence and human misery inflicted in the name of Allah and Islam.

“Yale professor blames Islamist attacks against Hindu temples in Bangladesh on Narendra Modi, backtracks after outrage: All you need to know,” OpIndia, April 3, 2021:

Listen to what US Congresswoman Tulsi Gabbard is saying…
Meanwhile, in a discussion in the Republic TV yesterday, an MP of our state mentioned about Nehru-Liaquat pact of 1950.
While the pact emphasized on ensuring “a full sense of security” to the minorities in both India and Pakistan, there was a big difference, that was possibly deliberately kept.
While the PM of India had “guaranteed” such securities to the minorities in India, the same provision was to be adopted by the Constituent Assembly of Pakistan, which actually did not happen.
Inhuman treatment of the Hindu minorities in Pakistan and present Bangladesh started.
.
“Inhuman treatment” is an understatement. At the time of division the minority Hindus, Christians, Buddhists & other non-Muslims were close to 30 per cent of the population. Today their numbers are down to 2 per cent. In other words, they have been wiped out. That’s a fact.
.
Tulsi is quite likeable. Unfortunately, she is also a confused leftist, and she doesn’t know her stuff. In this video, she warns about separating the “Islamists” from Islam, which means she is clueless about the religion & about taqiyya. All Mohammedans read the same Koran & follow Muhammad. Those who don’t are heretics & must be killed. It is not for us to sort them out. We need to keep them out. 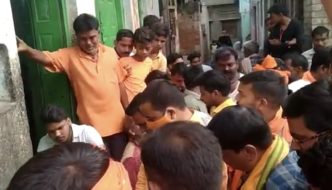 Disbelievers celebrating their holy days offends Mohammedans. In fact, it forces them to attack. It’s like…. see what you made us do?

In the wake of all this, the establishment media is going to need to amplify its “Islamophobia” propaganda. “Stones pelted on Dalits by Muslims on Holi in Saraiya, Varanasi, eyewitness says women, too, indulged in violence,” OpIndia, April 1, 2021 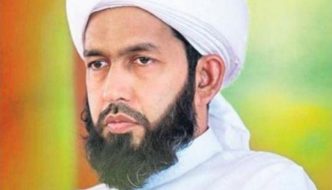 India: Muslims who skip daily prayers should be killed and their houses torched

This is not “extremism.” This is mainstream Islam. In the hadith collection that Muslims consider most reliable, Muhammad is depicted as saying: “No doubt, I intended to order somebody to pronounce the Iqama of the (compulsory congregational) prayer and then I would go to the houses of those who do not attend the prayer and burn their houses over them.” (Bukhari 3.44.2420)