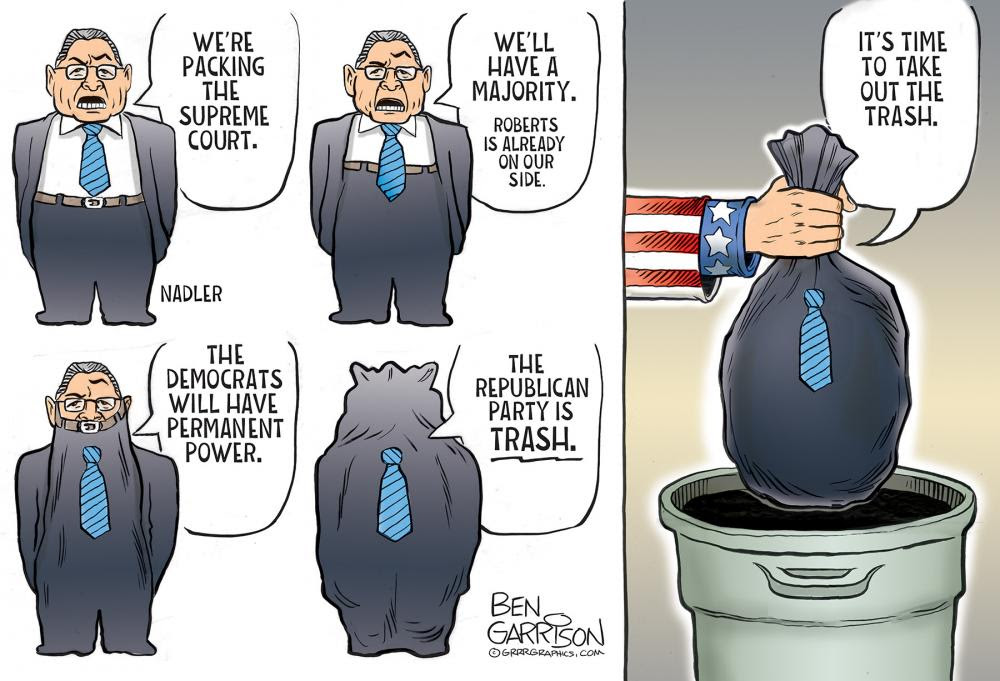 The military has failed to protect us against an illegally installed government.

Only a Democrat could say something this stupid – and know his low information voters will repeat it.

The same people who “fortified” the 2020 election are now trying to pack the Supreme Court.

The Tree of Liberty is thirsting for blood. There are times when the ends justify the means to safeguard freedom. Patriots, to arms!

Who will rid us of – Adam Schiff – Jerry Nadler – Nancy Pelosi? 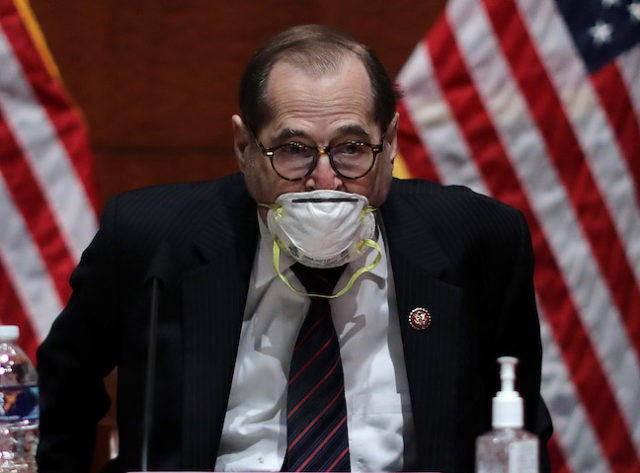 Democrats admitted radical legislation to pack the Supreme Court is for political reasons during a press conference Thursday.

Great news. Democrats are not planning to effectively abolish the Judicial Branch, thereby rendering the Constitution null and void, by packing the Supreme Court with rubber stamp apparatchiks after all. What they are doing is unpacking it. We have this straight from Jerrold Nadler, Chairmoonbat of the House Judiciary Committee, who introduced the bill.