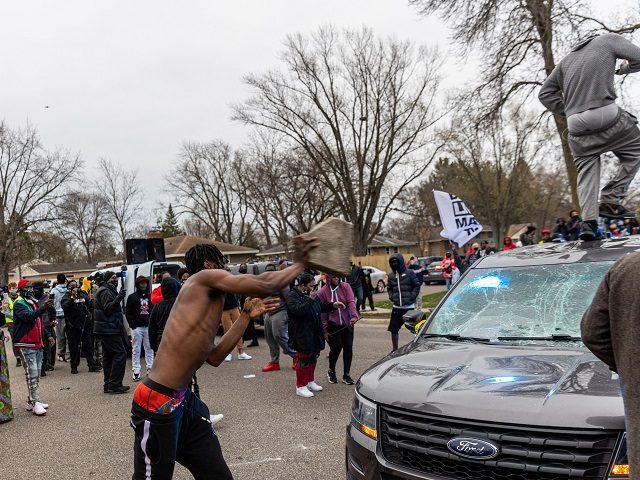 A grand jury returned a 28-count indictment against an Indiana #BLM leader for the attempted murder of police using IEDs. Malik Muhammed is accused of traveling to Portland to riot. He has since scrubbed his online presence but here's what I found. #Antifa https://t.co/r7zdOifzwp 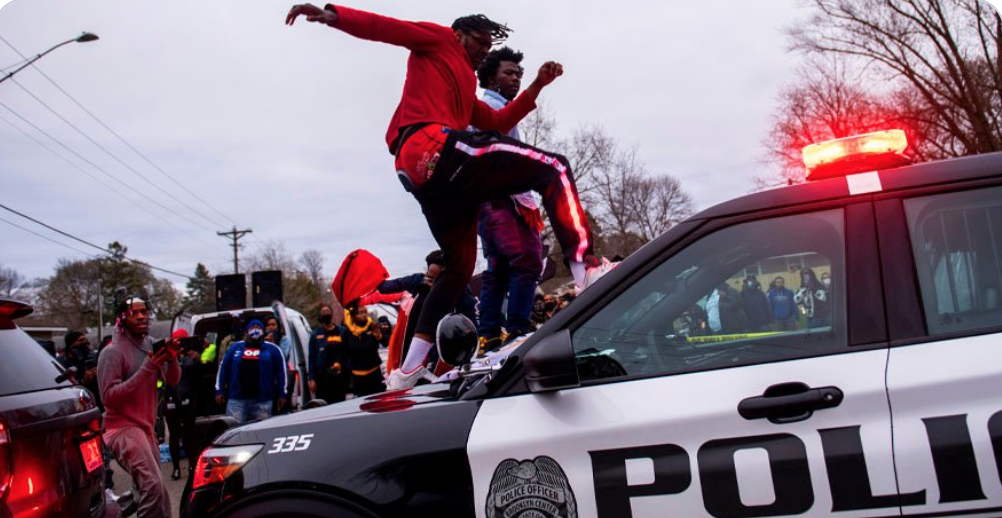 Chaos erupted in Minneapolis late Sunday night after demonstrations turned violent following a police shooting at a traffic stop in the nearby city of Brooklyn Center; prompting the Governor to authorize the National Guard to restore order.

“A citywide curfew was issued by Brooklyn Center Mayor Mike Elliott until 6 a.m. CT Monday. About 500 people had gathered overnight outside of a police precinct in the city and clashed with officers,” reports Fox News.

Pretext Found to Riot in Minneapolis

Knowing that civilization will barely lift a finger to defend itself, mostly peaceful protesters enjoy rioting so much that they couldn’t wait for a verdict in the Derek Chauvin case. Or maybe they have enough contempt for the country they are destroying to think Chauvin will be found guilty despite his apparent innocence, which would obviate their pretext for unrest. The convenient thing about race riots in a society poisoned by critical race theory is that you can always find another pretext. Just wait for someone with the correct pigmentation to die during a confrontation with law enforcement and voilà:

The Minneapolis area erupted in looting and riots late Sunday after an unidentified officer fatally shot [Daunte] Wright during a traffic stop just 10 miles from where Chauvin had [liberal deity George] Floyd pinned to the pavement last May.

The liberal establishment’s enthusiastic support for the race riots that followed Floyd’s probable fentanyl overdose guaranteed that explosions of indiscriminate urban violence will be a regular feature of American life for the foreseeable future.

About 500 people had gathered overnight outside of a police precinct in the city and clashed with officers.

Details of what actually happened to Wright are still unclear.

Apparently, the officer meant to use a Taser, but in the heat of the moment accidentally fired a handgun instead.

If the media didn’t encourage Criminals of Color to resist arrest, Wright might still be alive.

Minnesota Department of Public Safety Commissioner John Harrington detailed how demonstrators gathered shortly after the shooting and crash, with some jumping on top of police cars and confronting officers. Marchers also descended upon the Brooklyn Center Police Department building where rocks and other objects were thrown at officers, he said.

A thrown rock is a lethal weapon. If police were to defend themselves appropriately, this nonsense would end quickly. But that is not an option, because the media wouldn’t like it.

Harrington added that about 20 businesses had been broken into at the city’s Shingle Creek shopping center. …

The Brooklyn Center Walmart was targeted by looters who also completely destroyed a nearby Foot Locker, T Mobile and a New York men’s clothing store. Looting spilled over into north and south Minneapolis late Sunday into Monday morning as stores in Uptown and along Lake Street were also broken into and emptied.

This would qualify as social justice, on the grounds that it is shop-owners’ fault that Criminals of Color sometimes get themselves killed while resisting arrest.

Watch the deliberately engineered collapse of civilization into savagery unfold:

#BLM protesters began rioting near Minneapolis in response to the police-involved shooting of a suspected gang member. pic.twitter.com/Pr7VNPPfoq

Liberals must be rubbing their hands in glee as they anticipate how they will exploit the violence they aid and abet to advance gun control:

A police headquarters in another neighboring city of Brooklyn Park was “shot up” around 8 p.m. Sunday, Fox 9 Minneapolis reported. Multiple rounds were fired through the building’s glass front doors with some shots reaching the lobby.

So long as the ruling class glorifies criminals and eggs on race riots, we will get more of them. Reward bad people the way Patrisse Cullors has been rewarded and ever worse behavior is guaranteed.

The situation will continue to deteriorate until one of two things happens: (1) America succumbs to liberalism and is destroyed; or (2) Americans reject liberalism and push back hard enough to reestablish sanity.

If Option #1 is chosen, this video of mostly peaceful protesters looting what appears to be a Nike store will serve as the USA’s epitaph:

This is particularly emblematic because Nike helped the Black Lives Matter cancer metastasize by making Colin Kaepernick — a bench-warming athlete who had reinvented himself as an anti-police, anti-American, black supremacist activist — into the public face of the corporation.