The new leftist buzzword for conflict between Palestine & Israel: “proportionality”.

Oh in that case Israel, you’d have to up the number of missiles. 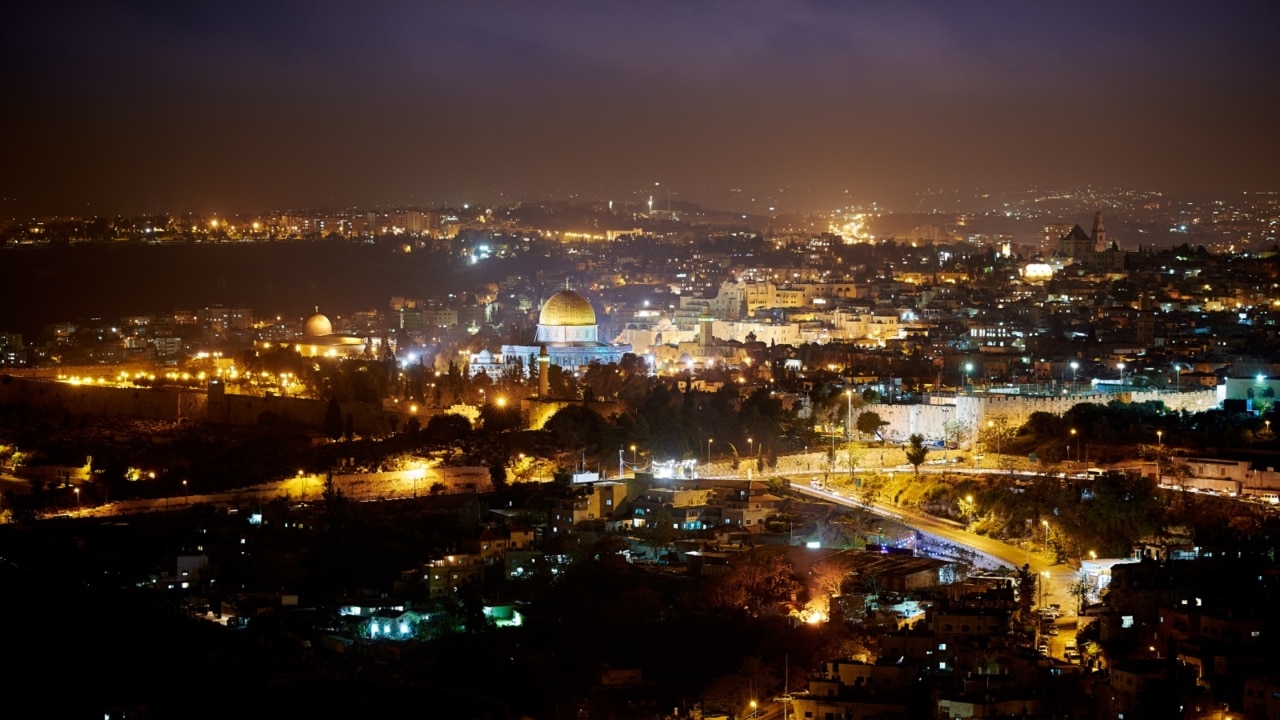 The Times columnist Melanie Phillips says has told Sky News “Jerusalem is not safe” as conflict flares up in the Middle East. Ms Phillips, who spoke with Sky News host Andrew Bolt from Jerusalem, said “more than a thousand rockets” came in overnight. “Which is quite unprecedented,” she said. “But what’s going on in Jerusalem and in other cities with mixed Jewish and Arab populations is that the Israeli-Arabs for the first time, are taking part in this war against Israel; war against the Jews. “These are terrible scenes.”

Israel’s military have destroyed a high-rise building in Gaza that housed the offices of several international media outlets, as Hamas fired scores more rockets targeting Tel Aviv and other areas in Israel.

Israels military destroyed a high-rise building in Gaza that housed the offices of several international media outlets, including the Associated Press and Al Jazeera, while Hamas fired scores more rockets targeting Tel Aviv and other areas in Israel on Saturday.
.

For the Sake of Peace, Israel Must Rout Hamas; IDF deception leads to massive aerial assault on Hamas’s ‘Metro’; The Squad Is Rooting for Hamas

.
“Human rights groups” and Leftist politicians won’t denounce Hamas rockets – because they and Hamas are allies

How did we end up with a congressperson who supports Hamas and Iranian backed terrorists? https://t.co/ZssGmb9eYA

Dominic Green The Spectator Australia 15 May 2021

The truly multiracial coalition in the US these days isn’t the Democratic party. It’s the anti-Semitic mass movement that takes to the streets of blue-state cities every time Israel defends itself against terrorism. Israel will no doubt survive the latest barrage of disapproval from people with a bottomless supply of personal pronouns and malicious memes. But this is a problem for American Jews today — and it will be all of America’s problem tomorrow, because the overrunning of the public square by anti-Jewish cranks and conspiracy theorists is a perennial warning sign of social breakdown.

Spend a few minutes in the open sewer that is social media, and you are left in no doubt. The Democratic left has become thoroughly ‘Corbynized’, overtaken by the hard left. Israel, they all say, isn’t defending itself against Islamist rioters within its own borders and Iranian-supplied missiles from Gaza. It’s an illegitimate ‘apartheid’ state, killing Palestinian children for kicks.
.
‘What they are doing to the Palestinian people is what they continue to do to our black brothers and sisters here,’ Rashida Tlaib told a rally this week. The old toxins — hating Jews, lying about Jews and inciting violence against Jews — aren’t just in plain view in America today. These previously marginal poisons are now something to boast about, in alt-left and alt-right America alike. They’ve become a claim of moral integrity, of sticking it to the Man and the capitalist machine, of in-group belonging.
.
This isn’t just anti-Semitism as the collateral damage of socialist theory, or even anti-Semitism as a depraved echo of Christianity. It’s aspirational racism. The difference being that the alt-right aspire downwards, to become what liberals call ‘white trash’.
.
The alt-left aspire upwards. Its leaders learn the fancy Jew-baiting of the intellectuals at brand-name colleges, along with a provincial race guilt that sees the world as a stage for the purging of the American conscience. Their followers are the children of 2008, a jilted, debt-ridden generation. They resent the institutions that have stolen their future, but they cling to the same institutions and appeal for help like the spoiled children they are.
.
Their reflex is to blame the Jews. This response is partly hereditary, an ingrained historical habit. But these days it is overwhelmingly a learned response. What else could explain the sudden appearance in our streets and on our screens of the old European madness in the fashionable form of anti-Zionism, with its selective fetish for the Palestinians?
.
The wickedness of the Jews is taught in our finest schools as the ‘colonialism’ or ‘apartheid’ of Israel. It is taught by social media: imagine what Dr Goebbels could have achieved if he’d had Twitter and Instagram. It is mobilized by BLM and AOC and the DSA in the way that revolutionary socialists have always tried to stir up the mob by blaming the Jews. It is endorsed by members of Congress and most of the media, as when Nancy Pelosi poses with the Squad for Rolling Stone or the New York Times publishes calumny after calumny against Israel.
.
When Israeli police suppress violent rioters, Rashida Tlaib accuses them of ‘attacking’ al-Aqsa during Ramadan. This is the language of religious war. Alexandria Ocasio-Cortez accuses Israel of ‘attacks on al-Aqsa’. This is the language of Hamas. How exactly does this rhetoric serve constituents in Michigan and the Bronx?
.
The US has failed to export its political habits to the Arab world by force, but it is importing the political habits of the Arab world by choice: the glamorization of ‘resistance’, the overriding of the law, the calls for violence, the conspiracy theories, the obsession with Israel, the willingness to believe any lie about the Jews. What benefit can this possibly bring to a multiracial liberal democracy?
.
The left call themselves anti-imperialists, but their view of the world is more condescending and distant than that of any colonial European administrator. They see foreign affairs as a dim reflection of American obsessions about race and ‘equity’. Thus ‘Ferguson is Palestine’ and the Israelis, who are the descendants of Jews who never left the Middle East and the survivors of history’s worst episode of white supremacism, are ‘whites’, gratuitously victimizing ‘brown’ Palestinians.
.
These are preposterous fictions. They are also sources of political capital in an age of digitally-enhanced resentment. That is why the leadership of the Democratic party indulges its wayward children. But dehumanization, lies and incitement are more than rhetoric. They lead to bloodshed. This is the multicultural moral that Americans have drawn from the Holocaust — and it’s true, too. The rise in anti-Semitic violence in recent years confirms it.
.
It’s also true that violence, once it has been unleashed, spreads through a society in unpredictable ways. The Jews are one of the early targets in the left’s campaign of racial and class war. They won’t be the last. The health of the American democracy is being undermined by the politics of the gutter.