The Hagia Sophia: A ‘Center of Knowledge about Islam’?

Last summer, Turkish authorities transformed Hagia Sophia (“Holy Wisdom”) — which was originally built, and for a millennium functioned, as one of Christendom’s greatest cathedrals — into a mosque (again).  On that Friday, July 24, 2020 (which for millions of Eastern Christians is now deemed a “day of mourning“), Muslims met inside the desecrated church, where they were led in prayer by a sword-waving imam, to spasmodic cries of “Allahu akbar.” 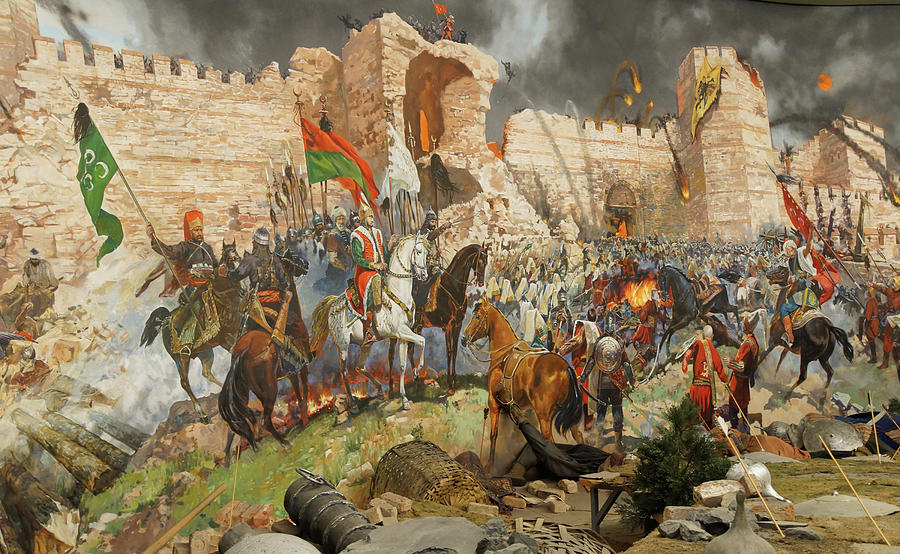 The Turks, beginning with their president, Recep Tayyip Erdoğan, have been presenting this bit of cultural appropriation as their “right.”  Imam Ali Erbas, Turkey’s president of religious affairs, has gone one farther, claiming that “the goal is for all our mosques and especially Hagia Sophia to become centers of knowledge about Islam.”

So be it.  As the anniversary of the Turkish conquest of Constantinople and its Hagia Sophia recently passed (May 29, 1453), let us revisit what happened on that day — a day that truly does impart much “knowledge about Islam,” not least because we have primary source documents describing exactly what the Turks did, particularly in and around Hagia Sophia.  (All quoted text in the following narrative was derived from contemporary sources, mostly eyewitnesses; exact references can be found in chapter 7 of Sword and Scimitar.)

Once they had penetrated inside Constantinople, the “enraged Turkish soldiers … gave no quarter”:

When they had massacred and there was no longer any resistance, they were intent on pillage and roamed through the town stealing, disrobing, pillaging, killing, raping, taking captive men, women, children, old men, young men, monks, priests, people of all sorts and conditions[.] … There were virgins who awoke from troubled sleep to find those brigands standing over them with bloody hands and faces full of abject fury[.] … [The Turks] dragged them, tore them, forced them, dishonored them, raped them at the cross-roads and made them submit to the most terrible outrages[.] … Tender children were brutally snatched from their mothers’ breasts and girls were pitilessly given up to strange and horrible unions, and a thousand other terrible things happened[.]

Because thousands of citizens had fled to and were holed up in Hagia Sophia, the ancient basilica offered an excellent harvest of slaves once its doors were axed down:

One Turk would look for the captive who seemed the wealthiest, a second would prefer a pretty face among the nuns. … Each rapacious Turk was eager to lead his captive to a safe place, and then return to secure a second and a third prize. … Then long chains of captives could be seen leaving the church and its shrines, being herded along like cattle or flocks of sheep.

The slavers sometimes fought each other to the death over “any well-formed girl,” even as many of the latter “preferred to cast themselves into the wells and drown rather than fall into the hands of the Turks.”

Having taken possession of the Hagia Sophia — which at the time of its capture had served as a cathedral for a thousand years — the invaders “engaged in every kind of vileness within it, making of it a public brothel.”  On “its holy altars” they enacted “perversions with our women, virgins, and children,” including “the Grand Duke’s daughter who was quite beautiful.”  She was forced to “lie on the great altar of Hagia Sophia with a crucifix under her head and then raped.”

Next “they paraded the [Hagia Sophia’s main] Crucifix in mocking procession through their camp, beating drums before it, crucifying the Christ again with spitting and blasphemies and curses.  They placed a Turkish cap … upon His head, and jeeringly cried, ‘Behold the god of the Christians!'”

Practically all other churches in the ancient city suffered the same fate.  “The crosses which had been placed on the roofs or the walls of churches were torn down and trampled.”  The Eucharist was “thrown to the ground and kicked.”  Bibles were stripped of their gold or silver illuminations before being burned.  “Icons were without exception given to the flames.”  Patriarchal vestments were placed on the haunches of dogs; priestly garments were placed on horses. 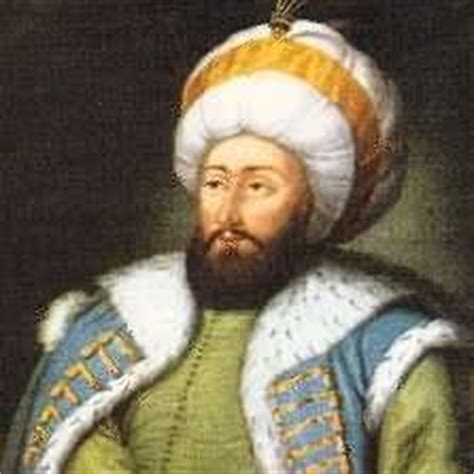 “Everywhere there was misfortune, everyone was touched by pain” when Sultan Muhammad finally made his grand entry into the city.  “There were lamentations and weeping in every house, screaming in the crossroads, and sorrow in all churches; the groaning of grown men and the shrieking of women accompanied looting, enslavement, separation, and rape.”

The sultan rode to Hagia Sophia, dismounted, and went in, “marveling at the sight” of the grand basilica.  After having it cleansed of its crosses, statues, and icons — Muhammad himself knocked over and trampled on its main altar — he ordered a muezzin to ascend the pulpit and sound “their detestable prayers,” wrote a disgruntled Christian.  “Then this son of iniquity, this forerunner of Antichrist, mounted upon the Holy Table to utter forth his own prayers,” thereby “turning the Great Church into a heathen shrine for his god and his Mahomet.”

To cap off his triumph, Muhammad had the “wretched citizens of Constantinople” dragged before his men during evening festivities and “ordered many of them to be hacked to pieces, for the sake of entertainment.”  The rest of the city’s population — as many as forty-five thousand — were hauled off in chains to be sold into Easter captivity.

Such is the “knowledge about Islam” that the Hagia Sophia’s experiences truly impart.

Setting the record straight concerning the conquest of Constantinople, as this article has done, is doubly important now that Google and Big Tech are, like the Turks, devoted to hiding the truth of this day.  Before Turkey violently transformed the Hagia Sophia into a mosque, googling the date “May 29” — a day that for centuries before Pearl Harbor “lived in infamy” — produced numerous search results on the Muslim conquest of Constantinople; today, very few do.

Note: Quoted excerpts in the above narrative were taken from and are sourced in Sword and Scimitar: Fourteen Centuries of War between Islam and the West.

Turkey: Religious Affairs top dog says ‘the goal’ is for Hagia Sophia to become a center of knowledge about Islam

“Hagia Sophia to be Turned into a Center of Knowledge About Islam,” translated by John Sanidopoulos, Orthodoxy and World Religions, October 7, 2020:

The President of Religious Affairs in Turkey, Imam Ali Erbas, presented his plans last weekend and those of President Recep Tayyip Erdogan regarding Hagia Sophia, which he promotes as a Symbol of Conquest and the Sovereignty of Islam. At the same time, the Turkish President describes the decision on Hagia Sophia as “a harbinger of a new era in world politics.”

“After 86 years of longing, we have experienced the happiness of returning Hagia Sophia to its original identity,” Erdogan told the Clerics….

“The goal is for all our mosques and especially Hagia Sophia to become centers of knowledge about Islam, as before,” [Erbas] added.